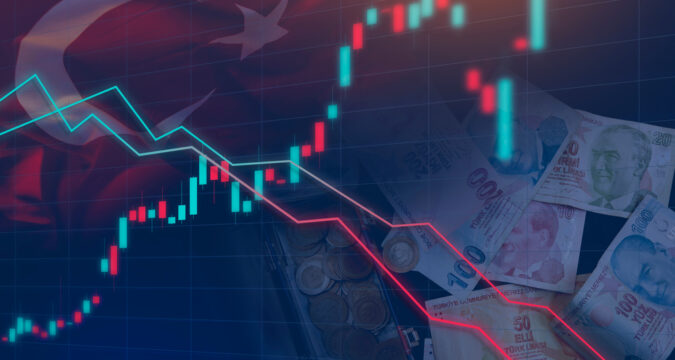 On Thursday, the central bank in Thursday decided to hold its interest rates at 9% for the second consecutive month.

According to analysts, it is possible for the central bank to start easing, with elections in May drawing closer and the fact that inflation is expected to drop from last month’s 64%.

The Turkish central bank (CBRT) said that a broad strategy of the state aimed to boost the use of the lira had resulted in an improvement in the trend and inflation level.

Weaker foreign demand had resulted in an economic slowdown recently, but it had been offset by relatively stronger domestic demand.

In four months, President Tayyip Erdogan will be facing elections and the country’s cost-of-living crisis is the biggest concern.

Analysts said that it is possible that he could decide to order more rate cuts in accordance with his unorthodox stance of lowering prices via policy easing.

In 2021, an easing cycle resulted in a crash of the lira that had fueled the wave of inflation in the country, which had reached 24-year high peaks of more than 85% in October.

However, this inflation figure dropped in December to 64.3%, mostly because of a favorable base effect.

Most economists had already predicted that the Turkish central bank would not change the rate. In the four months to November, there had been a rate cut by the central bank by about 500 basis points.

The central bank had cited an economic slowdown as the reason for this cut, even though most global central banks had been doing the exact opposite.

Market analysts said that the policy statement of the bank had changed, which showed that there could be additional rate cuts down the road.

Inflation is expected to decline to 22.3% by the central bank by the end of this year, but most economists believe it will be 42.5%.

The policy committee of the bank said that the momentum in industrial production was getting support from the financial conditions.

The economic program of the Turkish president has focused on cutting the interest rate for boosting employment, production, and investment.

The aim is to flip the chronic deficits in Turkey’s current account into a surplus. In order to stabilize inflation, the central bank wants the lira deposits to rise to 60% in the banking system in the first six months.

These deposits were 52% at the end of last year. On Thursday, the central bank said that all of its policy set, which includes funding channels, would be in accordance with the lira targets.

It is not reacting a lot to policy decisions because of a scheme that has been designed to prevent the depreciation of the deposits. The currency remained stable on Thursday as well.

But, economists have said that the currency-stabilizing policies being implemented may not be sustainable in the long run.