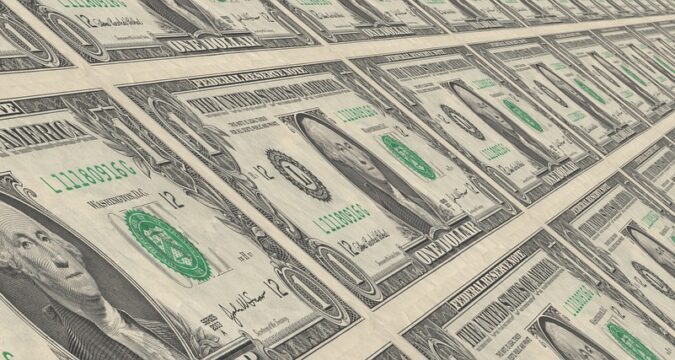 And, though volatility in the foreign exchange markets has remained low, it is the markets’ appraisal of the varied responses of worldwide monetary authorities to growing inflation that is driving currency movements. The Dollar index, which measures the value of the currency against a group of six competitors, reached its highest level since mid-July 2020 on Wednesday, reaching 96.226. It was last trading at 95.694, down 0.1% on the day, its lowest level since late July 2020.

The Euro, which had been hovering at a 16-month low, climbed 0.1% to $1.1334 after a period of stagnation. In response to a central bank poll indicating that near-term inflation is projected to rise in the 4th quarter, the New Zealand Dollar increased by 0.6% to $0.7041. Earlier in the day, the Pound surged by 0.5% to a one-week high versus the Dollar, following an increase in October inflation in the United Kingdom, which increased demand on the Bank of England to raise interest rates at its session next month.

The Pound was recently trading at $1.3503, a small increase over the previous day. According to an ING report, the Greenback may continue its rise versus low-yielding assets, but that these mid-cycle USD gains should not get in the way of some excellent performance in the commodities foreign exchange area.

Other experts expressed concern that the Dollar’s surge would not be long-lasting. Luc Luyet, an FX analyst at Pictet Wealth Management, believes that the present level of the Buck’s strength will not be sustained beyond the next few months and that this is highly unlikely. Market expectations of the Federal Reserve are beginning to be extremely hawkish, suggesting that the Dollar will face minimal headwinds in the future as a result of this issue.

The Turkish monetary authority’s meeting is the most important event in the foreign exchange markets today. Traders anticipate the bank to lower rates although inflation is nearing 20% and the Lira currency has fallen to new record lows on multiple occasions. Some traders believe that the speed and extent of the Lira’s drop (it is now close to 11 Lira per Dollar, from below 9.9 Lira per Dollar last week) may help to keep the bank’s hands tied.

Oil prices, which have fallen to near six-week lows, have had a negative impact on commodity-linked currencies in other parts of the world.  The Canadian Dollar fell to a six-week low on Tuesday. The Bank of Canada is expected to begin raising interest rates in the first quarter of next year, according to the markets. In addition, the Norwegian Crown was deposed. The Australian Dollar fell to a six-week low of $0.7263 but subsequently recovered as a result of the rebound in the New Zealand currency, and was last up 0.3% at $0.7286.