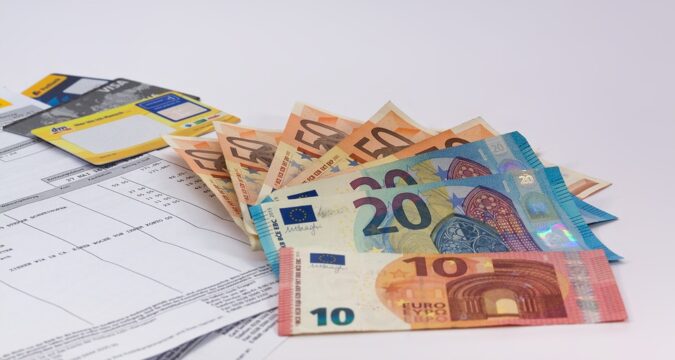 Even though the Dollar is still defensive, the Euro continued to rise against the Dollar in early European trading on Thursday.

Despite the fact that the latest PMI readings from the Eurozone came in below market forecasts, the pair managed to maintain its bullish momentum around 1.1300 ahead of the ECB’s policy statements on Thursday.

The technical perspective appears to have shifted to the optimistic side, as the Relative Strength Index (RSI) signal on the four-hour chart has risen above 60 points.

Additionally, the EUR/USD maintains its position above the 20-period, 50-period, and 100-period simple moving averages (SMAs) on the same chart.

The Euro/Dollar is moving in the positive region over 1.1300 on Thursday morning, as investors await the announcement of the European Central Bank’s (ECB) monetary policy choices.

A hawkish Fed forecast, with officials expecting three rate rises in 2022, did not help the Dollar beat its competitors in trading on Tuesday morning.

FOMC Chairman Jerome Powell struck a cautious tone at the press conference, stating that it would be inappropriate to raise the policy rate until the asset-tapping program had been finished.

Additionally, the market reaction of “buy the rumor, sell the fact” appears to have added extra pressure to the Greenback’s shoulders. Currently, the U.S. Dollar Index is down 0.15% on a daily basis as of this writing.

However, if the ECB reminds speculators of the policy difference between the two central banks, the EUR/USD might find it challenging to maintain its upward momentum.

The European Central Bank (ECB) is generally expected to declare that the Pandemic Emergency Purchase Program (PEPP) will come to an end in March this year.

The bank may decide to increase the number of purchases under the Asset Purchase Program (APP) or adopt a new quantitative easing instrument to ensure that the coronavirus Omicron strain does not jeopardize the economic recovery.

Such a dovish conclusion is expected to damage the Euro and restrict the upward potential of the EUR/USD pair.

On the other hand, the European Central Bank may choose to withhold details about how it intends to continue to support economic growth in 2022. EUR/USD may resume its recovery in the near future if this occurs.