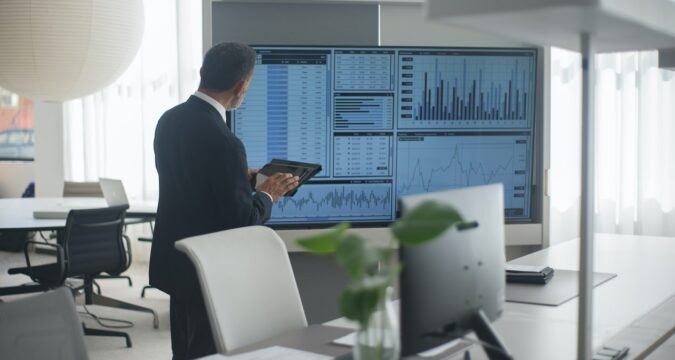 On Wednesday, the UK’s benchmark index logged its worst performance in a day in the last seven weeks, as concerns about a deep recession in the country rose amidst warnings of higher inflation in the next few months.

There was a 1.1% drop in the blue-chip FTSE 100 index for the day and its monthly decline stood at about 2%.

August proved to be a brutal one for the export-focused index as retailers, automakers and homebuilders took the biggest hit.

Inflation in Britain is currently running at a high of 4 decades and has moved beyond 10% and with energy bills scheduled to rise by nearly 80% in October, it is expected to go higher.

Earlier this week, Goldman Sachs issued a warning that inflation in the UK could exceed the 20% mark in the next year.

Market analysts said that some of the inflation indicators in Britain are highly concerning because it all shows that the Bank of England (BoE) has a huge challenge on its plate.

This is only going to add more pressure onto the economy and it would ultimately make it harder to get inflation under control.

According to forecasts, the Bank of England (BoE) is expected to deliver another interest rate hike of 50 basis points in its policy meeting in September.

But, it is expected to slow down the rate hike to 25 basis points once more from November onwards. Meanwhile, the impending new prime minister of Britain will be announced on September 5th.

It is either going to be Rishi Sunak, the former finance minister, or Liz Truss, the Foreign Secretary, with polls showing that the latter is more likely to emerge as the winner.

The two candidates have been clashing over the approach to take for dealing with rising energy prices, with Truss initially stating that she would rather slash taxes than offer ‘handouts’.

The mid-cap FTSE 250 index, which is domestically focused, fell 0.5% for the day. This year has seen the index underperform its international peer so far.

Its monthly losses for the month stood at about 5.4%. A survey also showed that British businesses have seen their confidence drop to their lowest levels since March 2021.

This is because companies have become concerned about the rapidly rising inflation in the country. However, pay pressures appear to have stabilized after having seen a rise recently due to rising costs of living.

Meanwhile, sterling has also struggled so far this year, as has the euro. The latter has been dealing with the impact of the energy crisis plaguing Europe because of the Russia and Ukraine conflict.

As far as the British pound is concerned, it has been unable to sustain gains against the US dollar, as the latter has strengthened significantly this year because of its safe haven status.

The US Federal Reserve has also adopted an aggressive rate hiking path, which has given further support to the greenback.