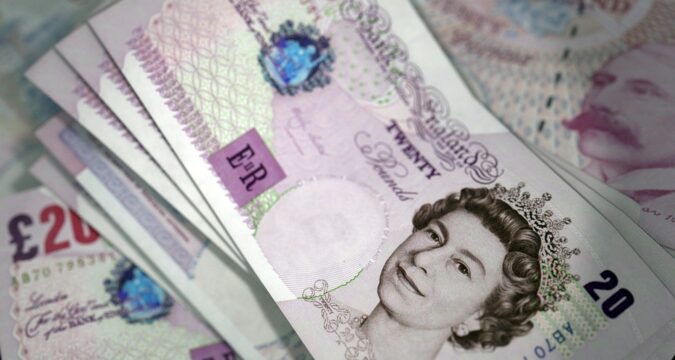 The Pound against the Dollar is modestly stronger. The currency pair is now moving in the positive region around the figure of 1.33. Nonetheless, experts at Scotiabank predict that cable will revisit the 1.32 mark.

Resistance for the GBP/USD is located at 1.3360/70. Cable mounted a strong comeback from yesterday’s test of 1.32 (a new low since December), but it still ended the day well below the 1.33 mark, as expected.

Except for yesterday’s strong decrease, the Pound’s slide has slowed at the 1.32 mark as it approaches oversold territory, but persistent downward pressure points to a hard breach of the level, and a subsequent (more prolonged) test of 1.32; 1.3150 and 1.3135 serve as support levels.

An Assessment Of The Technical Aspects

According to the indicator, the Relative Strength Index (RSI) signal on the four-chart remains below 50, indicating that sellers are still in charge of the pair’s movement in the near term.

Furthermore, on the same chart, the GBP/USD is trading below the 20-period simple moving average (SMA), confirming the negative move in the technical view.

Essentials Of The Day’s Events Reviewed

Although the Pound/Dollar recovered to the 1.3300 range on Wednesday after plummeting to its worst level in almost a year below 1.3200 on Tuesday, analysts predicted that the pair would have a difficult time regaining its recovery steam in the near term.

Following a week in which the Dollar struggled to find demand amid decreasing US Treasury bond rates, the greenback found its footing following comments from Federal Reserve Chairman Jerome Powell.

At a hearing of the US Senate Banking Committee, Powell stated that they would examine speeding up asset reduction at the forthcoming policy meeting and that it was past time for the Fed to stop referring to inflation as a fleeting phenomenon.

Following the resurgence of Dollar appreciation, the US Dollar Index maintained its bullish position above 96.00 throughout Wednesday’s European trading hours.

The Bank of England’s Catherine Mann, on the other hand, maintained that it was too soon to talk about the pace or magnitude of rate rises while repeating that inflationary pressures were still well-anchored in the marketplace.

Powell was scheduled to testify before the House Committee on Financial Services later in the day. On the economic front in the United States, the November ADP Job Change and the ISM Manufacturing PMI will both be included in the economic docket.