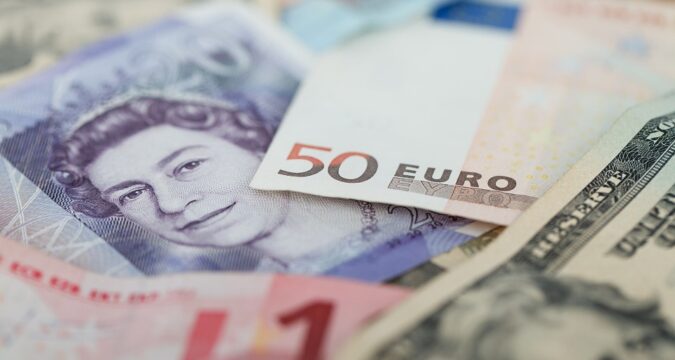 The GBP/USD pair traded in a pretty tight band at 1.3500 during the Asian trading day but fell under a significant bearish strain during the European trading session. Earlier today, the pair was trading at 1.3420, down 0.5% daily.

A report released earlier today indicated that retail sales increased by 0.8% monthly in October in the United Kingdom, according to statistics from the Office for National Statistics (ONS). The number came in stronger than the market’s anticipation of a 0.5% gain in the index. Although the early market reaction aided the British Pound’s gain in strength, the subsequent unfavorable change in market sentiment pushed the pairing to reverse course and fall in value.

The DXY Is Gaining Momentum Before The American Session

Concerns about the global economy losing momentum in winter were rekindled by reports of Austria’s falling into complete lockdown due to an increase in the number of coronavirus infections. The stock index futures for the United States fell, while the US Dollar Index rose to the 96.00 level, confirming the gloomy market atmosphere.

Because there will be no high-quality macroeconomic statistics releases scheduled for the remainder of the day on the US economic calendar, market participants’ risk perception will most likely continue to influence the financial markets. Meanwhile, discussions on the Northern Ireland agreement are anticipated to remain in Brussels on Friday, and speculators will be keeping a careful eye on any new Brexit news that emerges before the weekend.

Review of Technical and Fundamental Aspects

When looking at the four-hour chart, the Relative Strength Index (RSI) signal remains below 70, indicating that the pair may be able to go higher before being technically oversold. As previously said, the rising trend line has maintained its integrity, indicating a bullish bias in the near term.

GBP/USD lost positive steam above 1.3500 on Thursday, although it remains just above the rising trend line drawn on November 12. Even though the analytical picture implies that the pair may continue to rise, buyers may remain cautious in the absence of new Brexit news.

Retail sales increased by 0.8% monthly in October, according to figures released by the UK’s Office for National Statistics on Friday. This result exceeded the market’s forecast of 0.5%, helping the Pound sterling to gain momentum in the early European session. In addition, the September print was revised upward to 0% from -0.2%. There’ll be no high-bandwidth announcements on the US economic calendar before the weekend.

Market investors will keep a careful eye on the buzz surrounding Brexit discussions, which are scheduled to resume in Brussels on Friday. Ireland’s foreign minister, Simon Coveney, said on Thursday that the UK’s refusal to yield on the Northern Ireland (NI) protocols in the aftermath of the EU’s amended plan was “very regrettable.” Earlier this week, European Commission VP Maros Sefcovic stated that he was “very sure” that they could resolve the NI protocol deadlock. Predictions for a Bank of England rate increase in December have risen, and this week’s adequate data releases hint at more Sterling gains in the near term, but bulls will wait for good Brexit news before increasing their long holdings.