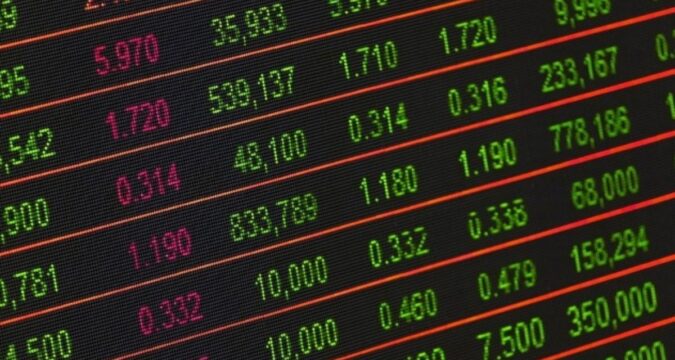 Prices of stocks were flat on Monday as declines in prices of gold and oil and the spread of the COVID-19 delta variant spook sentiment.

US Stock Indexes Decline On The Open

Despite starting mixedly, European stocks surged higher than other regional shares, which remained close to their recent peaks as the earnings season gradually cool off. The MSCI’s measure of global stocks declined 0.03%, while the Pan-European Stoxx 600 index surged 0.08%.

The price of oil continued the past week’s steep losses as it declined by 4.5%. The US dollar is rising, and there is worry about possible restrictions because of the new COVID-19 variant in China and other parts of Asia. Thus, further slowing down the demand for fuel which has been recovering slowly but not yet completely.

Brent was down 2.78% today to $68.76, while us crude was at $67.34 per barrel, down 2.87%. Thanks to the Singapore and Tokyo holidays, trading volatility was high as little or no factors influenced trading conditions.

MSCI’s gauge of stocks in the Asia-pacific regions, excluding Japan, rallied to about 0.15%. Chinese trade data, which was released during the weekend, fell short of forecasts. Also, today’s data showed that access to additional policy stimulus has no restriction but indicated that inflation reduced to 1% for last month.

While the house still has to pass the $1 trillion infrastructure package, the senate is now closer to passing it. Despite the strong US payroll data released on Friday, the federal reserve has yet to decide whether to reduce its stimulus.

A senior macro strategist at Nordea asset management, Sebastien Galy, opined that “there is an early profit-taking in the market out of concerns that tapering might be implemented in early September.” “However, it is obvious that its impact wasn’t much because a better economy is more beneficial than attempting to patch the economy with high-interest rates,” he concluded

Tapering Pace Not Yet Decided

A longer taper might be in the works if the spread of the COVID-19 delta variant continues at its current rate. Already, over 67,000 people are hospitalized as cases rise to the numbers witnessed last winter. Forecasters expect figures for the July consumer price index (CPI) to prove a peak in inflation as the cost of second-hand vehicles slows down following high margins.