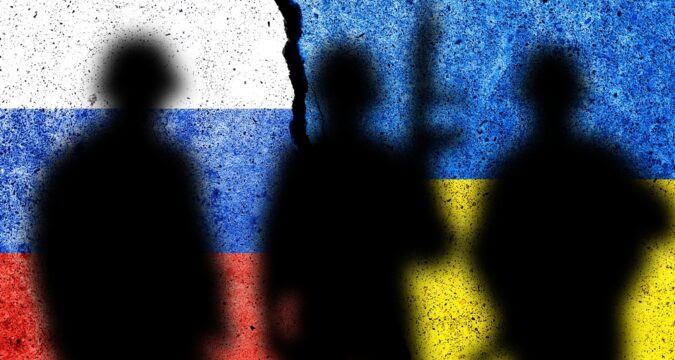 Crypto markets face a new challenge in 2022 in the form of serious global conflict. Cryptos weathered the COVID crisis reasonably well, but war in Europe may be a different proposition. Naturally, there are serious global consequences more deserving of coverage and attention. Nuclear power plants have been threatened, potential for escalating conflict between Russia and NATO looms, and Slate reports that the exodus of civilians from Ukraine is now the fastest-growing refugee crisis since World War II.

Among the topics (understandably) getting less attention though is the impact all of this may have on the crypto world. So far, we’ve already seen ups and downs in crypto making it difficult to discern an overarching effect. However, we know it’s still subject to rises and dips driven by news, which is why it’s worthwhile to consider the impact of the Russia-Ukraine situation.

The “hedge” narrative may take a hit

Crypto has been looked at as being similar to gold in terms of providing a hedge against market crashes. But in the early going, it crashed along with stock markets (though as Simon Chandler points out at Crypto News the crypto crash was largely due to other factors). Cryptos have since bounced back somewhat, but it’s hard to view it completely as a hedge at the moment, and it’s also unclear whether or not the ongoing conflict will have a more lasting effect. Coin holders and those interested in investing should keep a close eye on movement in the coming weeks and months, and monitor any indications of the conflict impacting the market more directly.

The financial news and reference site AskMoney recently took a look at the potential for more cryptocurrency regulation in 2022, noting that numerous changes could be in store. We could begin to see crypto holdings treated more like financial assets than property, for instance, and cryptocurrency exchanges might see stricter monitoring. These changes were already potentially in store before conflict escalated in Europe. Now, however, questions about the role cryptocurrency could play in said conflict may provide even greater incentive for tightened regulations. There are growing concerns about cryptocurrency being used as sort of loophole in the economic sanctions being imposed on Russia, which may inspire governments and organizations to take certain restrictive measures. That said, some crypto exchanges like  Binance have rejected the idea of banning Russians from using the platform, on the grounds that “many normal Russians do not agree with the war” and therefore should not have to pay for actions they themselves have not caused.

When cryptocurrency prices jumped in the early days of March, CBS News attributed the change to the fact that investors were pulling out of the Russian ruble and moving funds into cryptocurrency in order to protect their wealth. Investors in Russia are looking in particular toward stablecoins –– cryptos that are less volatile because they’re fixed to more stable assets such as the U.S. dollar or gold.

While the citizens of Russia are not being sanctioned by cryptocurrency exchanges, as previously mentioned, they are still being heavily affected by the drop in the ruble’s value. The currency has fallen to less than $0.01 in value and is for the most part not being accepted at currency exchanges.

There is the also still the possibility that we will look back at the Russia-Ukraine crisis as having had only a minimal impact on the crypto market. COVID recovery is still doing more to dictate crypto market swings, with resulting inflation and rising interest rates having hurt crypto prices more than the war. This implies that as global economies continue to recover and these issues are mitigated, crypto prices may rise regardless of the conflict –– though as ever, there are no guarantees, and the situation in Europe may yet changes in ways we can’t predict.

We will learn more about how the Russian invasion of Ukraine stands to affect global economies and the world of crypto as time goes on. For more crypto updates in the meantime, visit us again here at Forex Trader Secrets soon.