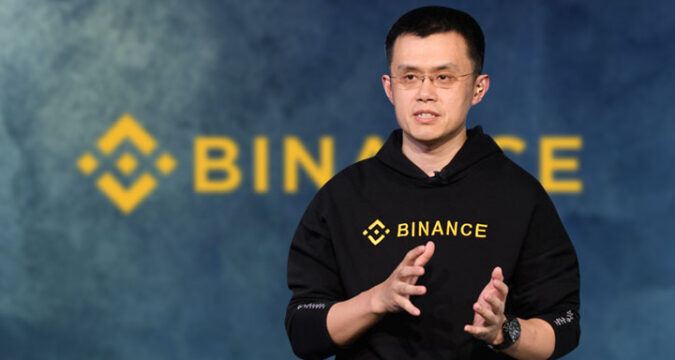 Binance is recognized as the largest crypto exchange all over the globe in terms of trading volume, but the platform has found itself in trouble recently. As it turns out, the US Securities and Exchange Commission (SEC) is investigating the exchange in order to determine if the Initial Coin Offering (ICO) of the BNB token marketed it as a security. In July 2017, Binance had conducted an ICO for launching the token in question. There were multiple platforms that had been used for conducting the ICO back then, as those were booming. The Binance exchange was launched after the ICO was complete.

According to a report by Bloomberg, there was at least one US resident who had participated in the ICO and this had drawn the scrutiny of the SEC. Changpeng Zhao, the founder of Binance, had announced back in 2020 that they had made some changes to the whitepaper of the BNB token in January of 2019. CZ had disclosed that the changes had been incorporated to ensure that the crypto would not be classified as a security in some jurisdictions. The charges that the SEC has filed against the BNB token are in accordance with the regulatory authority’s view that cryptocurrencies function as securities.

It is because of this perspective that the SEC is already engaged in a lawsuit with Ripple Labs and its founders over their XRP token. The SEC has classified XRP as security and has accused the company and its executives for conducting an unregistered securities offering. It should be noted that this is certainly not the first time that Binance has found itself entangled in an investigation by the regulatory authorities in the US. The exchange has been investigated by the SEC previously as well. As a matter of fact, the trading practices of the exchange had also been under investigation by the Commodity Futures Trading Commission (CFTC) back in 2021.

A similar case had been seen in the United Kingdom by the Financial Conduct Authority (FCA). Binance had been issued orders to cease its operations in the region. Likewise, Canadian authorities had also informed Binance to shut down its operations in the country from June 2021, but the company was still operating in the country until March 2022. A report had been released against Binance on May 6th by Reuters. According to the article, $2.35 billion worth of transactions that had been processed by the exchange between 2017 and 2021came from investment fraud, hacks and narcotic sales.

According to Reuters, Binance lacks a strong know-your-customer (KYC) and anti-money laundering (AML) policy. The report further showed that Lazarus, the hacking group from North Korea, had also used the Binance exchange for laundering the funds from the Eterbase attack. Binance was also liked to the Hydra drug mart in the article. All claims that were made in the article were refuted by the company. A statement from the exchange said that Reuters was misinformed and were using outdated information to make such false claims.