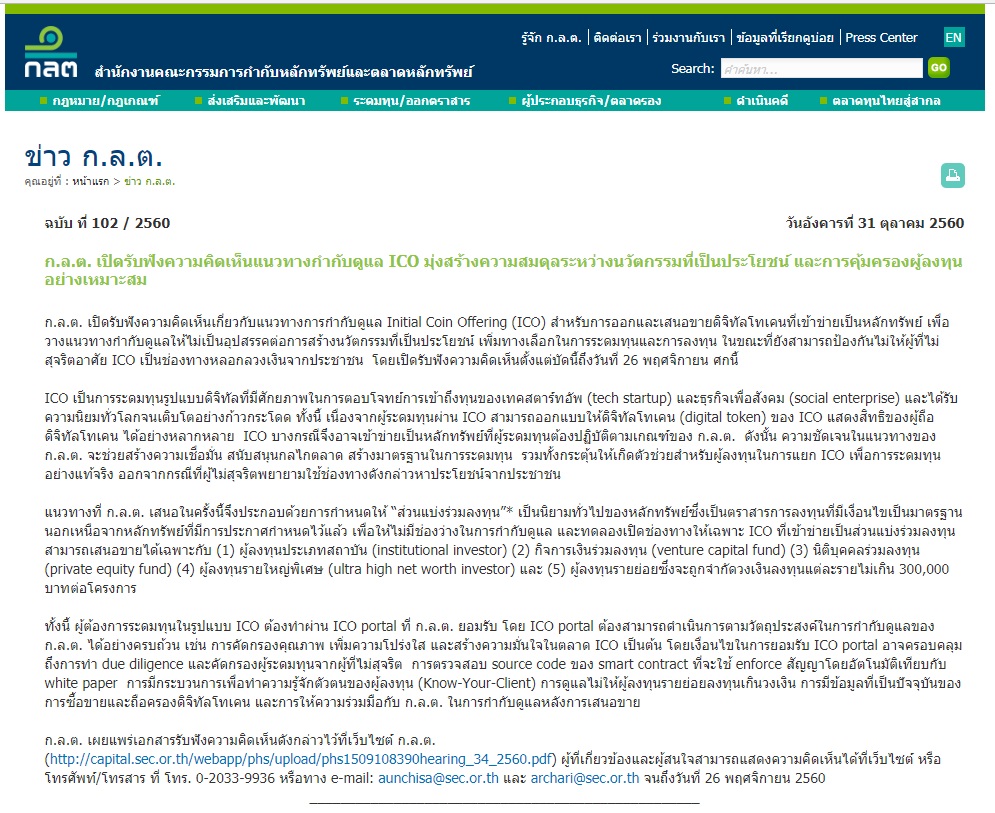 The world of digital currency is already being subjected to some sort of regulation or the other. This is to ensure the security of transactions making use of digital currencies and also to curtail the activities of cryptocurrency exchanges thus bringing about transparency and efficiency to the overall working of these exchanges. In line with the global regulations being witnessed by digital currencies, Thailand through its Securities and Exchange Commission just recently released some set of regulations that will guide the operation of Initial Coin Offerings [ICOs] in the region. Following the announcement of these new regulations, Thailand’s Securities and Exchange Commission has also made these new regulations readily available, as it also releases a list of approved cryptocurrencies in the country which included seven cryptocurrencies. With the announcement, release, and approval done, these regulations are to be effected from the 16th of June, 2018 and every ICO activity in Thailand becomes subject to the rules therein.

These new regulations on cryptocurrency by Thailand’s authorities is not in any way to scare start-ups and business from launching or running their ICOs. Its main aim is to ensure that domestic cryptocurrencies are protected and secured and transactions carried out with them are safe, secured and guaranteed. With this step initiated sometimes in March this year, its current position is indeed a commendable one. Thailand looks to earn the cooperation of ICO issuers and expects applications of approval from different issuers.