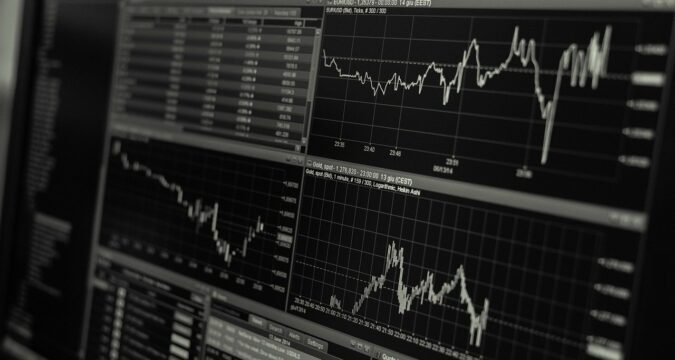 On Wednesday, the three major indexes on Wall Street spent the day see-sawing but finally declined in the last half hour of trading.

This was after investors were digesting another increase in the interest rates of three-quarters of a percentage point that was delivered by the US Federal Reserve.

It also reiterated its commitment to continue increasing interest rates into the next year in its battle against inflation.

There was a more than 1.7% decline in all three US indexes for the day, with the S&P 500 and the Nasdaq Composite posting their lowest close since June 30th and July 1st.

As for the Dow Jones Industrial Average, it saw its lowest close after June 17th. The latest hike of 75 basis points saw the policy rate go between the 3.0% and 3.25% range.

This increase had been expected by the market participants, with only a 21% chance of 100 basis points increases priced in.

But, policymakers also signaled that markets should expect more increases to come, as the new projections showed the policy rate climbing to 4.40% by the year-end and reaching 4.60% in the next.

Meanwhile, projections in June had shown the rate to be 3.4% and 3.8%, respectively. The central bank also said that rate cuts are unlikely until 2024, dashing any hopes of inflation coming down in the near term.

The fight against inflation and the higher rates are also taking their toll on the US economy, as the projections of the Fed showed only 0.2% growth this year and 1.2% in the next year.

Market experts said that people had already been prepared for a hawkish stance from the Fed because of the recent comments of the governor and the inflation report.

However, the reaction of the market is always interesting to see. Since hawkishness had been expected in the market, some were comforted, while others had chosen to sell.

The Fed chairman, Jerome Powell, said in his speech that the central bank was committed to reducing inflation and would not stop until they do so.

However, he was also quick to add that this process was likely to cause pain because there was no other way for them to go about it.

All 11 major sectors of the S&P index ended the day lower, with more than 2.3% declines recorded in the Consumer Discretionary sector and of Communication Services.

The trading volume on US exchanges for the day was about 11.03 billion shares, as opposed to the average of 10.79 billion recorded in the last 20 days.