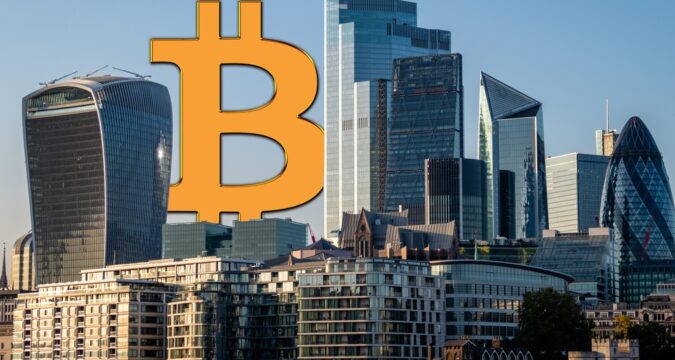 Bitcoin is one of the most well-known cryptocurrencies, and it is also a pioneering blockchain project. Bitcoin was introduced as a replacement for the fiat currencies, and therefore it has started to use apparatus that make it more feasible for investors.

Bitcoin ATM is an invention that allows users to access their Bitcoin holdings just like accessing their bank accounts. This article is going to shed light on how to use Bitcoin and how it originated.

What is a Bitcoin ATM?

Bitcoin has the goal of replacing the fiat currency. Therefore, it needs to provide all the utilities to the masses that they enjoy with paper currencies. One of the most popular fiat currency facilities is an ATM or Automatic Teller Machine.

Bitcoin ATM is an automatic teller machine that is fixed for Bitcoin withdrawals and deposits. Many people feel secure not carrying around cash in their wallets and depend on debit cards and ATMs.

In the same manner, with Bitcoin ATMs, BTC investors can purchase or sell their Bitcoins on the go without using their phones. In this manner, the users may be able to send or receive Bitcoins from one point to another.

How does Bitcoin ATM Work?

Bitcoin ATMs are like digital kiosks that allow users to sell, purchase, deposit, or withdraw Bitcoins to their digital wallets. These are very much like regular ATMs, but they are used for trading cryptocurrencies or are sometimes limited to the use of Bitcoin alone. The users can have the option to sell or purchase their Bitcoin reserves for or against cash.

The first ever Bitcoin ATM was reportedly created in October 2013 in Canada. According to reports, the Waves Coffee shop operating in Vancouver’s downtown area established a Bitcoin ATM that was shortly removed on account of regulatory restrictions.

The second Bitcoin ATM in history was planted in European Bratislava, Slovakia in 2013. The first ever Bitcoin ATM in the USA was installed in 2014 in Albuquerque, New Mexico in a cigar bar, and it was removed within a month.

Following this incident, a new licensed Bitcoin ATM was installed 3 months later at Spitfire Grill Seattle, Washington, and it was created by Coinme.

There are two types of Bitcoin ATMs or BTMs given as under:

These are the type of Bitcoin ATMs that offer one-way transactions and allow the users to purchase only or sell only services of their cryptocurrency reserves.

These are the type of Bitcoin ATMs that provide two-way transactions and offer both buying and selling services to the users.

How to Use Bitcoin ATMs?

It is important to note that Bitcoin ATMs are like alternatives to fiat currency ATMs. However, they offer much more utility for the users by way of providing trading options for the users. There are two main utilities of Bitcoin ATMs, namely purchasing and selling Bitcoins. Here is a detailed description of how to perform both these operations:

How to Purchase Bitcoin Using a Bitcoin ATM?

There are only a limited amount of Bitcoin ATMs that offer the option to create a new digital wallet. The method of Bitcoin purchasing can differ from one Bitcoin ATM to another with small variations, but in general, the process is quite similar. Here are the simple steps to perform a purchase using Bitcoin ATM:

The process of login and account verification is the same as the Bitcoin purchasing steps. The Bitcoin ATM can send an SMS code to the user’s mobile number for confirmation. Here are the remaining steps to sell Bitcoin on ATMs:

Why should I Use Bitcoin ATM?

Many investors might ask the question that when Bitcoin is already a digital entity, then why do we need to use Bitcoin ATMs? There are some important Bitcoin ATM use cases that allow us to understand why they are required:

In this manner, Bitcoin ATMs make Bitcoins more user-friendly and accessible. At the same time, Bitcoin ATMs are placed in retail franchises or places of business so case a person has forgotten their wallet or running low on cash can access their Bitcoin wallets to settle their bills.

In some other instances, people who are traveling aboard can easily convert their Bitcoin reserves into the local fiat currency for usage in case of an emergency or getting an easier forex utility.

At the same time, Bitcoin ATMs are more feasible for bank-to-digital wallet exchanges that are slower on the internet on account of regulatory restrictions and can take up to 24 hours.

Bitcoin ATMs are a secure way to perform Bitcoin transactions. It happens because these ATMs do not work with third-party applications. The users are dealing with the creator of the Bitcoin ATM while buying or selling their cryptocurrency reserves. There is little to no chance of the Bitcoin wallet addresses or private keys leaking from the Bitcoin ATMs.

Furthermore, the transactions on Bitcoin ATMs are perfectly anonymous and do not leave any trails behind in this manner they are more secure than regulated exchanges.

Most cryptocurrency exchanges require the users to perform KYC to create a trading account. There are some exchanges, such as Bybit and DEX, like Uniswap that do not need the users to provide their personal information, but they are not very common.

Users who wish to keep their financial history and personal information private can use Bitcoin ATMs for absolute anonymity.

Countries like El Salvador, where most of the population does not have access to the services of real banks need Bitcoin ATMs. In such places, Bitcoin ATMs can open the way for financial inclusion and educate the masses about investing and financial management.

There are some places like Venezuela where people are suffering from the heavy devaluation of local currency and have benefitted from converting their savings into cryptocurrencies using Bitcoin ATMs. The first Bitcoin ATM in Venezuela, San Antonio Del Tachira, was planted in 2019.

Here are some of the most discussed drawbacks of Bitcoin ATMs:

Typically Bitcoin ATMs have more fees in comparison the online services providers such as exchanges and DEXs. There are some cases, where a Bitcoin transaction can cost up to 9-30% of the entire transaction amount.

It happens because there is currently little competition in terms of Bitcoin ATM manufacturers; therefore, the vendors charge the users at their discretion.

Another hindrance in using Bitcoin ATMs is that they are not readily available in most cases. Bitcoin ATMs are nowhere near as common and accessible as regular ATMs. The regular ATMs also do not offer any type of cryptocurrency services.

Therefore, most people have to travel considerably to access a Bitcoin ATM, even if they are present in North American countries with the largest count of Bitcoin ATM plantations in the world.

Bitcoin ATMs are just like regular ATMs. However, they are not backed by big financial enterprises like commercial or retail banks. Therefore, they can suffer from technical issues and glitches, and it may take considerable time before they are fixed.

Since Bitcoin ATMs are small scale in comparison to banks, they have limited resources and don’t offer customer support in most cases to deal with a malfunction.

Therefore, the window of Bitcoin trading is narrowed down on account of the lack of compatibility of crypto custodial services providers.

There are only a small amount of Bitcoin ATM manufacturers that are licensed and recognized. Therefore, in the event that a Bitcoin user is able to locate a Bitcoin ATM, they must also ensure that it is provided by a reliable company.

There are many cases where scammers are able to fool people into sending them their Bitcoin reserves using bluff. The scammers would prefer their victims to send their crypto reserves using Bitcoin ATMs because they are untraceable.

If the users learn about these scamming methods and share them in their social circle, they can prevent such scams from harming themselves and others.

Here are some of the most common FAQs or Frequently Asked Questions about Bitcoin ATMs:

How much Transaction Fees Do Bitcoin ATMs Charge?

Bitcoin ATMs usually charge fees based on the transaction size. It is estimated that Bitcoin ATM charges will drop on account of competition between their manufacturers in the future.

Are Bitcoin ATMs Difficult to Operate?

Bitcoin ATMs are designed to be as simple to operate and understand as possible. They are fashioned after the regular ATMs with the difference that they offer some additional security steps such as biometric verification or mobile phone confirmation code.

Bitcoin ATMs are designed to make Bitcoin transactions easier for the elderly and those with limited exposure to financial facilities. Therefore, using Bitcoin ATMs is very easy, and in countries where Bitcoin users are expected to hail from a poor background, Bitcoin ATMs offer an option in the native language.

How many Bitcoin ATMs are Present in the World?

According to a detailed estimate, there are approximately 39,000 Bitcoin ATMs as per the statistica report. Until 2020, the total Bitcoin ATM count in the world was limited to 12,000. However, Bitcoin aggregators have noted that every year around 6000 new Bitcoin ATMs are installed all over the world on average.

It means that every hour a new Bitcoin ATM is installed within the span of every 365 days cycle. The first country to approve crypto regulations was Canada. To this end, the North American region is the world containing more than 87% of the total Bitcoin ATMs spread in regions like USA and Canada.

UK and Europe contain around 10% of global Bitcoin ATMs, while Asia has only 1% of Bitcoin ATMs in the world, with most installations reported from Hong Kong.

How can I Find Bitcoin ATM?

There are some applications, such as Crypto ATM Radar, that allow users to find the nearest Bitcoin ATM in their proximity. On the other hand, users can also use Google Maps and filter the results using their location data. The recent consensus reports that there are around 34,000 Bitcoin ATMs in the USA, and thousands are operational in Canada.

Users can also visit the websites of some of the biggest Bitcoin ATM manufacturers in the world, such as Bitcoin Depot, CoinCloud, CoinFlip, Bitcoin of America, Bitstop, RockitCoin, Coinsource, ByteFederal, National Bitcoin ATM, and Cash2Bitcoin.

Are Bitcoin ATMs Safe for Transactions?

Bitcoin ATMs are very secure for usage, but it is necessary that users take great care to keep their digital wallet credentials private. The QE code that is issued by the Bitcoin ATM should be kept away from the access of threat actors until the transaction is complete.

There are some cases, where fraudsters may use social engineering methods to get the users to transfer their crypto reserves using Bitcoin ATMs to remain anonymous. However, it is best for the users to remain calm and think rationally rather than getting caught up in the lies of scammers.

Bitcoin ATMs offer some great opportunities for crypto investors operating at all scales. They are useful for the big and small players to the same degree. By learning about Bitcoin ATMs and how they work, investors can take advantage of their benefits.

It is possible that in the future, all ATMs will offer both crypto and fiat currency services for users. However, at present, it is important for users to beware of the risks connected to the usage of Bitcoin ATMs and steer clear of scammers.