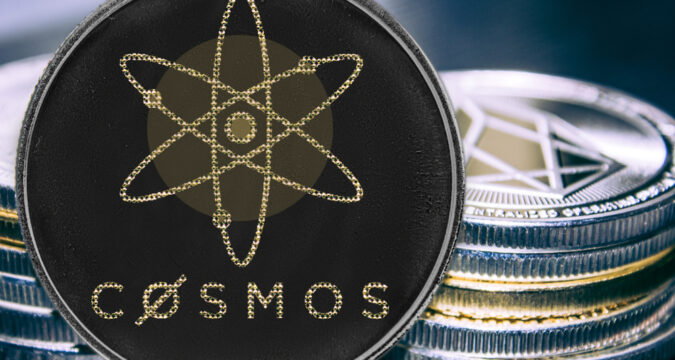 Cosmos had printed attractive price trends since yesterday. However, selling pressure appeared to halt ATOM/USD’s uptrends. That had ATOM declining sharply towards its day low at $32.5.

Meanwhile, bulls seem to accumulate the momentum needed to invert the downswing trajectory. They assembled for massive support that reversed the token’s bearishness. Thus, ATOM/USD surged.

For now, Bitcoin appears to target the $50,000 price level. Ether, the leading altcoin, also trades upwards, surging 2% to stand some dollars away from the $3,500 mark. However, ATOM/USD seems to register dissociated price actions, trading on a downward trend. With that, Cosmos lost over 3% in the past 24 hours.

According to the four-hour price chart, ATOM/USD appears to prepare for an upside rally in the coming 24 hours. On a daily time frame, Cosmos appears in an uptrend mood.

That’s after the asset rebounded off the bottom Bollinger Bands to test the support at $32 after bearishness dominated the weekend. That saw the altcoin overpowering today’s resistance.

Cosmos’s bullishness today comes after the coin created a brief higher low over the past 24 hours. Since the crypto broke out to the $34 swing high early this month, the asset’s market structure flipped bullish again. For now, the token has higher chances to rally past yesterday’s high at $37.

However, bulls seem exhausted after the massive surge early yesterday. That had them failing to rise past $30K. The recent ATOM’s bullish moves created sturdy support that might trigger an uptrend in the coming 24 hours, targeting the resistance at $36K.

Cosmos depicts bullishness today after a slight overnight surge. As bulls seem to regain strength, ATOM/USD has chances to rally higher towards the resistance zone at $36. However, these are speculations. Be careful when investing in this volatile space.