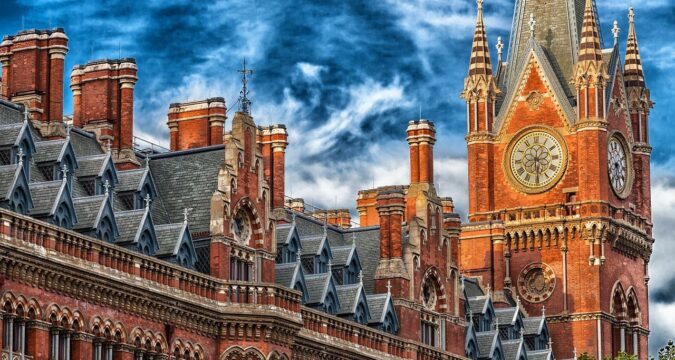 On Friday, the FTSE 100 index of London closed the day lower once more, as it was under pressure due to resource-linked shares. This resulted in the index recording its decline for the third consecutive week due to worries about a slowdown in economic growth in Britain.

Declines in the FTSE 100 Index

The FTSE 100 index has risen about 1.2%, but it did not take long to give up its gains and ended the day 0.4% lower. The most weight on the index was primarily because of the miners and oil companies like BP and Shell. However, there was a 1.1% gain recorded in the FTSE 250 index, which is domestically focused.

This was because of a 5.0% gain recorded in the shares of Future, which recently confirmed that it was on course of achieving its guidance for the full-year. On Thursday, both indexes had recorded a decline of about 3% after the Bank of England had hiked up the interest rate cautiously by 25 basis points. There was speculation that the next couple of meetings would see the bank become more aggressive in terms of hiking interest rates because inflation in Britain reached 11% and there was a warning that the April to June quarter would see the British economy shrink even further.

According to market analysts, the global central banks are taking a very hawkish stance when it comes to monetary policies. The more aggressive they get, the more pressure on equities and economic growth. They added that stocks were not likely to see a lot of upside in this year because sluggish economic growth would weigh down on corporate earnings and valuations will fall because of higher bond yields.

The FTSE 100 had declined about 4.1% in the week and there was a 3.7% fall recorded in the FTSE 250. This was because investors were on edge about the coordinated tightening in monetary policies by global central banks, which could result in an economic slowdown worldwide. Analysts said that the rising interest rates and inflation means that chances of recession are high. This has cut down risk appetite and shattered investor confidence.

Individual stock moves showed Tesco lose initially after announcing that consumer behavior had changed because of rising inflation and this had made the market challenging. However, there was a 0.8% rise in the company’s shares at the end of the day.

Meanwhile, the US dollar strengthened on Friday and this led to decline in Sterling and the currency gave up the gains it had recorded a day earlier after the Bank of England had announced its rate hike. There was a 0.5% fall in the British pound against the greenback, which brought it to a value of $1.2290.

This brought it down from a one-week high it had touch a day before at $1.2405. Sterling was trading at $1.23015, which would see it end the day at a slight loss, meaning that the currency had declined for the third straight week.