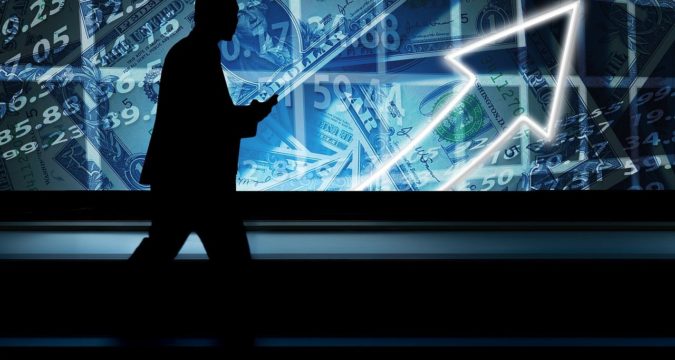 On Friday, Nasdaq and the S&P 500 closed modestly higher in choppy trading, as investors kept a close eye on talks of a U.S. stimulus package that would ease the economic impact caused by the COVID-19 pandemic. The Dow, on the other hand, moved within tight ranges and closed lower. In recent sessions, Wall Street’s major indexes have been weighed down by the uncertainty over the timeline of the aid legislation, with all three indexes reporting a weekly decline. House Speaker Nancy Pelosi made it clear that the only way another stimulus package could be finalized before the presidential elections was if President Donald Trump wants it because he can convince the reluctant Senate Republicans.

However, Treasury Secretary Steve Mnuchin and Trump countered that Pelosi would have to compromise if they want an aid package, stating that there were differences between the Democrats and Republican administration. Nonetheless, the market still believes that a stimulus deal would be finalized. According to analysts, the only real question is about the timing and size of the stimulus. The S&P 500 gained 11.9 points to reach 3,465.39, which is an increase of 0.34%. The Nasdaq Composite also climbed by 42.28 points to reach 11,548.39, which is a 0.37% increase. The Dow Jones Industrial Average declined to 28,335.57, which is a fall of 28.09 points and 0.1%.

There was a 1.1% increase in the communication services sector, which was the highest gainer in all sectors of the S&P 500. According to experts, the markets have been driven due to the expected stimulus and this was just further evidence of this matter. The market is expecting a stimulus, but all they want to know is when they are going to pass the legislation because it will take time for the money to flow out. Meanwhile, the early voting that occurred in the 2016 election was eclipsed by this year’s numbers as almost 50 million citizens cast their ballots.

On Thursday, Trump and his Democratic competitor Biden debated for the last time in order to persuade some of the undecided voters just 11 days ahead of the presidential election. But, even though the debate was more substantive and toned down, it didn’t make much of a difference. Trump was still trailing his rival in national opinion polls once the debate was over, even though the competition is a lot tighter is some of the states where the election is probably going to be decided.

Meanwhile, the third-quarter earnings session moved along, with nearly 84% of the 135 S&P 500 firms have managed to top their estimates for quarterly profits. The focus for the next week would be earnings reports from some big technology companies, such as Facebook Inc., Apple Inc., Amazon.com Inc., and Google’s parent company, Alphabet. There was a 0.2% increase in Gilead Sciences as its antiviral drug known as remdesivir became the first one to be approved for treating patients in the United States who are hospitalized due to the coronavirus.