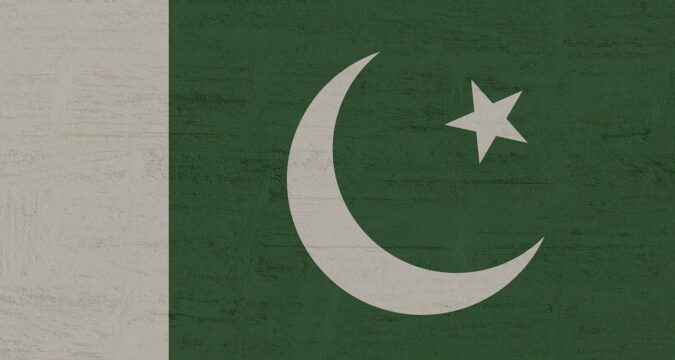 It appears that the Pakistani government is quickly moving towards establishing a pro-crypto stance. The country had already made a commitment of integrating Bitcoin within its financial system and now it is moving towards legalizing the concept of mining as well. Earlier this week, a member of the Provincial Assembly of Khyber Pakhtunkhwa (KPK), Sumera Shams announced on Twitter that a progressive law had been passed by the legislative body on crypto mining. Located in the northern area of the country, Khyber Pakhtunkhwa is one of the four main provinces of the country. An advisor of the Chief Minister of the Science and Technology and Information Technology in Khyber Pakhtunkhwa, Zia Ullah Bangash gave further confirmation.

He highlighted that they were indeed making a move for legalizing crypto mining. He had also attached a picture, which showed a proposal that had been sent to the chief minister of the region. It was claimed by local news sources that the draft resolution stated that fiat currency would eventually be replaced by digital currencies in the future. Advisors and ministers hope to provide an embracing environment, so they are calling on the government for taking action. According to reports, everyone had voted unanimously in favor of the new bill, which indicated that the region is gearing up for making a significant push in the crypto space.

A pro-crypto influencer and a social media activist in Pakistan, Waqar Zaka expressed his optimism over the development. He tweeted that one province was already in favor and now they had three more to go. However, there are currently no signs that the other three provinces are going to adopt cryptocurrencies in any form, but this is undoubtedly a significant move forward. It seems that Pakistan is also toeing a similar line as Iran. Last year, Iran had legalized crypto mining in the country and since then, the region has managed to capture a significant share in the global crypto mining sphere.

When it comes to crypto adoption, Pakistan has proven to be relatively slow. However, in recent times, they have significantly ramped up their efforts. The financial regulator of the country, the Securities and Exchange Commission of Pakistan (SECP), had submitted a consultation paper on digital assets last month. The paper was issued on November 6th and it highlighted a number of major concepts of the rapidly-growing digital finance space in the country. It also aims to learn lessons from other jurisdictions and their regulatory frameworks.

The SECP emphasized in the document that the digital finance industry’s cornerstone is none other than digital assets. The SECP also distinguished between the different types of digital assets, such as security and utility tokens. The regulator said that the former were quite beneficial because they can fractionalize assets, thereby reducing investment barriers for retail clients. Transparency, improved clearing mechanism, greater automation and high liquidity are some of the other benefits. The agency said that the consultation paper was solely focused on private cryptocurrencies and there was no mention of a central bank digital currency (CBDC).