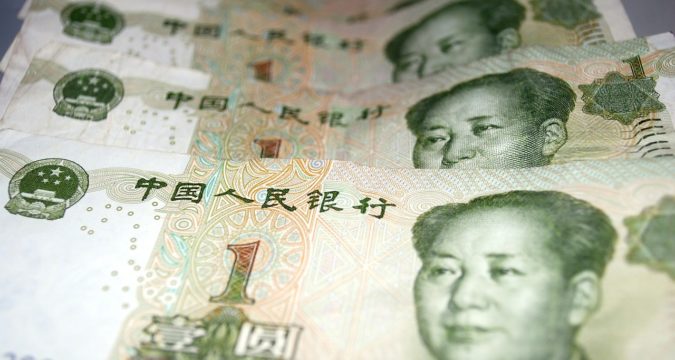 As trading resumed in China after a long holiday, the country’s currency jumped by the most it has done in four and a half years. This boost was a result of accelerating economic recovery in China and increasing odds of a victory of Joe Biden in the U.S. presidential elections. The renminbi, which hadn’t traded since 30th September because of the extended National Day holiday, saw an increase in its onshore exchange rate by 1.2% on Friday, as it reached Rmb6.7091 against the greenback. This is the biggest intraday increase in the currency since February 2016.

In comparison, the offshore renminbi, whose value is regulated more loosely, was trading throughout the holiday. It gained by 0.6% to reach Rmb6.6796 per dollar. According to strategists, traders in China had been a lot more emboldened on Friday because there is a chance that there will be a more Beijing-friendly administration that will take power in the U.S. The Chinese currency saw a lift because of the increased probability of a victory for Joe Biden, the Democratic candidate, in the US presidential elections that are scheduled for next month. The market is of the opinion that Biden would take a less confrontational approach to U.S.-China relations and he would certainly not use trade as a weapon or tool.

The Chinese currency has also received a boost from the indications that the economy is on the rise after COVID-19 was controlled by the authorities in the country. On Friday, an independent measure of the service sector in China showed that activity had reached the highest level in the three months till September. Some economists pointed out the increasing retail sales, along with a major jump of 17% in domestic passenger traffic during the holiday at Shanghai’s airport. Analysts said that it was apparent that consumption, particularly service consumption, was improving.

According to analysts, even though there was an overall dip in the passenger trips taken via public transportation by 30% in the first couple of days of the holiday, data from the transport ministry showed that the average volume of highway traffic only fell by 5.5%. The improving economy in China is in direct contrast to that of the United States, where authorities are still trying to combat the spread of the coronavirus. In fact, U.S. President Donald Trump himself tested positive for COVID-19 a week ago. Moreover, the country’s economic recovery has also been hampered by the wrangling over a new stimulus package in Washington.

Analysts said that there was also increasing confidence that there will be no intervention by Chinese authorities to stymie the rally of the renminbi. The currency’s appreciation is becoming more structural rather than cyclical because it is becoming more internationalized. As far as equities are concerned, the country’s benchmark CSI 300 index of Shenzhen and Shanghai-listed stocks rose by 2% as onshore markets opened after a long gap of six trading days. This year, the flows into onshore equities market in China have topped Rmb90bn, which is around $13.4 billion.