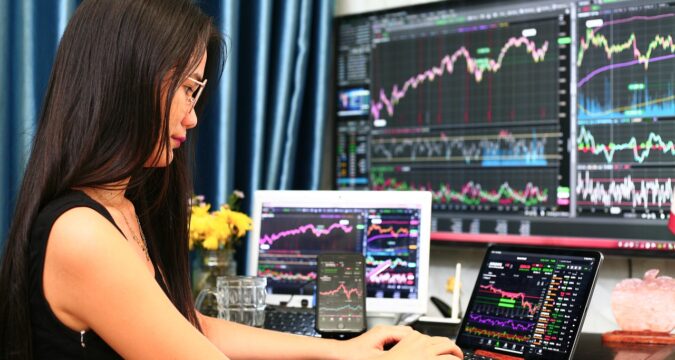 In early Monday trading, the dollar maintained its strength after surpassing its competitors last week. In the meanwhile, investors await the release of the Federal Reserve Bank of Chicago’s National Evaluations and October Existing Home Sales statistics,

They are both expected to be released later this week. Although the risk sentiment appears to be easing at the start of the week, market players are nonetheless concerned about the possibility of coronavirus-related lockdowns being implemented in Europe.

The Dollar gained strength ahead of the weekend as a result of hawkish statements from Federal Reserve members. The Vice-Chair of the Federal Reserve, Richard Clarida, has stated that it may be fair to explore quickening the pace of asset purchase cutbacks during the December meeting.

Similar to this, Federal Reserve Governor Christopher Waller said that the Fed may begin tapering by $30 billion in January and may open it up to an interest rate rise as early as April if necessary. Notwithstanding some gloomy warnings about the economy’s future, the Shanghai Composite Index is up over 0.5%.

Conversely, US stock index futures are reporting small increases, indicating that Wall Street’s main indexes are likely to begin on a strong footing on Monday morning. Nevertheless, following Friday’s fall, the yield on the 10-year US Treasury note has maintained its level above 1.5%.

Nevertheless, following Friday’s fall, the yield on the 10-year US Treasury note has maintained its level above 1.5%.

The EUR/USD pair is having a difficult time mounting a convincing recovery and is now trading below 1.1300. In the afternoon, the European Commission will issue preliminary Consumer Confidence statistics for November, which will be released in two parts.

The Pound to the Dollar plummeted dramatically on Friday, wiping off the bulk of its weekly gains. Even though the pair was reasonably calm in the mid-1.3400s on Monday, the lack of movement in the Brexit discussions over the Northern Ireland protocol is preventing the British pound from finding demand.

Friday’s decline brought gold closer to the bottom end of its weekly range, and it dropped below $1,850 during the Asian trading session on Monday. XAU/USD is expected to react to variations in the rates on US Treasury bonds if there are no high-quality data releases shortly.

On Monday, the USD/JPY was moving in a fairly narrow zone, just over 114.00. Previously in the day, the Japanese authorities stated that the Cabinet had agreed to a fresh fiscal stimulus plan costing JPY55.7 trillion, which will be implemented immediately.

The Australian Dollar remains floating in the positive region around 0.7250, while the New Zealand Dollar continues its sideways march around 0.7000. Risk flows appear to be aiding the Australian and New Zealand currencies’ ability to maintain their strength versus the Dollar.

The USD/CAD is consolidating its gains from last week over 1.2600 as the oil selloff appears to be taking a breather on Monday. Following a more than 4% decline on Friday, the barrel of West Texas Intermediate (WTI) crude oil is trading flat at a little under $76.00 in the early European trading period.

Cryptocurrencies: Despite reaching a high of $60,000 on Saturday, bitcoin was unable to maintain enough bullish impetus to push above that level. BTC/USD was trading at around $57,300, down more than 2%.

In the wake of a two-day rally, Ethereum took a turn for the worse on Sunday, and it is expected to continue its downward trend toward $4,000 on Monday.