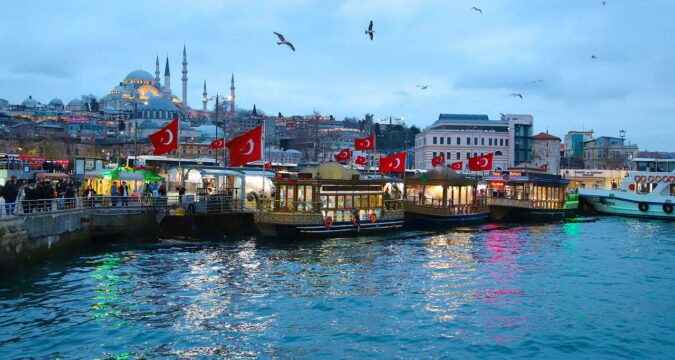 The annual inflation in Turkey in August rose to a new high of 24 years, at it touched 80.21%. On Monday, data showed that the inflation numbers were a tad below expectations.

This was after the Turkish central bank had shocked markets when it cut interest rates and fanned a cost of living crisis in the country that has been happening for a year.

Since the previous autumn, inflation has been rising exponentially in Turkey, after the central bank had gradually brought down its policy rate to 14%.

This marked a reduction in the interest rate of 500 basis points, which is part of an unorthodox easing cycle adopted on orders of President Tayyip Erdogan.

It also triggered a crisis in the Lira, the country’s currency. Even though it was expected that inflation would remain high, the Turkish central bank reduced interest rates yet again last month.

This time the reduction was that of 100 basis points, which brought the rate to 13%, and the central bank cited a slowing economy as the reason for it.

According to the Turkish Statistical Institute (TUIK), there was a 1.46% increase in consumer prices month-on-month, while the forecast had been around 2.0%.

The annual inflation forecast had been around 81.22%.

The reading for the previous month was the highest since August 1998 when inflation had stood at 81.4%. This was when Turkey had been trying to end a decade of soaring inflation.

August saw a month-on-month increase of 2.41% in the domestic producer price index, which pushed its annual increase to 143.75%.

Market analysts said that since the central bank had once more begun to reduce interest rates and the PPI inflation remains high, it does not look good for the lira’s fundamentals.

It was transportation that recorded the highest annual inflation, as prices saw a year-on-year increase of 116.87%, even though the sector saw month-on-month prices drop by 1.78%.

The interest rate reduction in the previous month had come at a time when other central banks of the world were raising their rates.

According to Ankara, their economic program is giving priority to low rates in order to boost exports and production.

This would help in achieving a surplus in the current account and also bring down inflation.

Nureddin Nebati, the Finance Minister of Turkey, said that other economies were concerned about an economic recession due to the rise in inflation.

But, he said that Turkey had chosen to not stop production and investment in its fight against inflation. The reliability of the statistics provided by TUIK has also been questioned by economists and opposition lawmakers.

Many believe that inflation is significantly higher than what the data shows. Last week, data had shown a 99.99% rise in retail prices in Istanbul.

However, the government has forecast that inflation would come down to 65% by the end of the year.