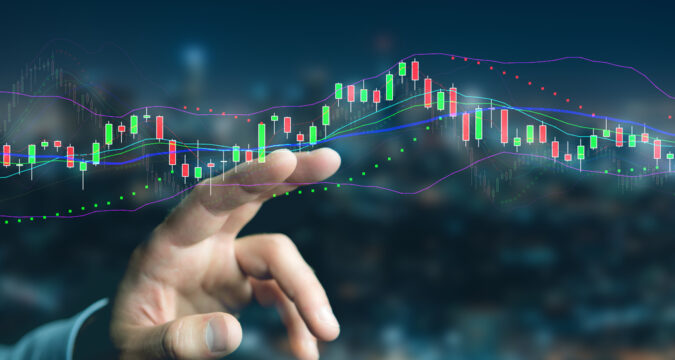 The forex market is the largest capital market, with more than 6.6 trillion dollars in notional value changing hands every day. The securities traded in the market consist of a currency pair or currency basket. The exchange rate between two or more currencies determines where you can exchange one currency for another. Treasurers use the Forex markets to hedge their liabilities and speculators to attempt to achieve profits from movements in the currency markets. Forex investors will often use a combination of both fundamental analysis and technical analysis to trade the forex markets. Currency trading has been around for centuries and is one of the oldest forms of speculation.

The History of Forex Trading

The first records of currency trading started in Amsterdam about 500 years ago. Less than 250 years ago, the Gold Standard was introduced where countries tied their currencies to the price of the yellow metal. During the Second World War, the Bretton Woods agreement was installed. In the 1970s, U.S. President Richard Nixon eliminated the gold standard, which led to the current day free-floating currency markets. The concept of currency trading is sound. While there are always some bad actors, for the most part, many reputable companies are heavily invested in the forex markets, answering the question is forex trading is a scam., lending integrity to forex trading.

How is Forex Trading Different from Other Financial Instruments?

What is forex trading? Currency trading is the exchange of one currency for another. In other words, you are swapping one currency for another money. Instead of using your home currency to invest in the price of an instrument like a share or commodity, you are trading on the price movement of a currency pair. For example, the EUR/USD or the GBP/JPY currency pairs. Generally, when you invest in the price of an instrument like a stock or commodity, you pay the price for the financial security. If you buy and the price rises, you have an unrealized gain. If you purchase a stock and the price declines, you have an unrealized loss.

What are the Most Active Currencies?

Traders tend to trade these currencies the most because liquidity allows you to enter a trade and exit a transaction in a cost-efficient manner. Two parts of liquidity can help you measure when you should trade a major currency pair. The first is the Bid-offer spread. When you start to trade the currency markets, you will generally see two exchange rates. The left exchange trade is called the bid. The bid is where you can sell a currency pair and where a market maker (like your broker) will buy a currency pair. The offer is where you can purchase a currency pair and where a market maker will sell it to you.

Another sign of liquidity is slippage. Slippage is the amount that a market will move when you enter or exit a position. Elevated levels of slippage can erode your trading returns. You want to make sure that you try to enter and exit a currency pair when the liquidity is at its highest. While the major currency pairs are the most liquid, the liquidity will change based on when you are trading them.

During Australian and Asian hours, the Australian Dollar is at its most liquid point. During this period, the Canadian Dollar is usually less liquid. During the European time zone, most major currency pairs are liquid. As North America moves into afternoon trading, liquidity usually slips.

What Are the Different Exchange Rates?

When you trade the currency markets, you will need to know about the different available exchange rates. The most widely used exchange rate is the spot exchange rate. The spot rate refers to trades that will settle in two trading days. While you might be trading with a broker that offers CFDs and will not need to worry about delivering currency, in the interbank market, you will need to provide the money you sell to your counterpart within two trading days if you trade the spot market. If you want to hold your position longer than two business days and not deliver the currency, you must trade in the forward market. When you trade in the forward market, you can customize your trade to a date you pick in the future. The difference between the spot rate and the forward rate is that the forward rate adds forward points. Forward points are calculated by adding (or subtracting) the difference between each country’s sovereign interest rates.

The currency market is the most widely traded and liquid market worldwide. Currency trading requires that you follow the exchange rate between two different currencies. The currencies that have the most liquidity are the major currency pairs. Liquidity can be measured by evaluating the bid-offer spread and slippage. Most currency transactions are traded in the spot market, but you need to trade in the forward rate market if you want to deliver at a point longer than two trading days.