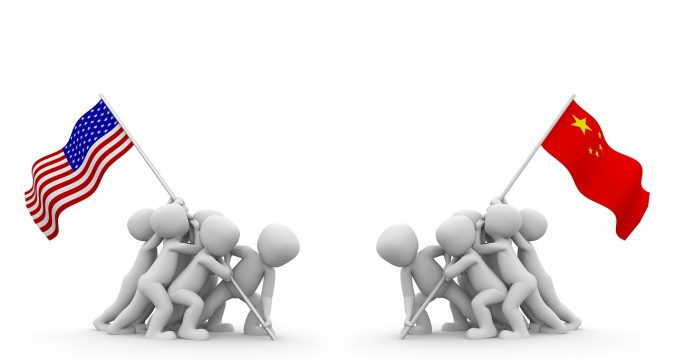 According to Bloomberg, China is taking a lead in the trade war against the US.

Soon after taking over the US Government by President Donald Trump, the Trump administration initiated a trade war against China with the aim to hurt China and its economy.

Very recently President Donal Trump in pursuit of his ambition to push China back, a rather odd move was made by Trump administration last Friday in which US Government has sought to ban China’s famous app “WeChat” along with the overwhelmingly popular video-sharing app called TikTok. However, it seems that China is always one step ahead of Trump’s ambitions.

If one looks at the performance of China in international trade, he will find that in contrast to the trade surplus of its traditional rival i.e. USA, China has been able to successfully grow at least 25% since the start of the trade war between the two economic giants some four years back. According to Jim McCormick of NatWest Markets, the surplus of China has exceeded approximately US$ 300 billion per annum.

For the time being, the Chinese currency is on the up and for the past eight weeks, it has been able to maintain its position which is its longest position since 2018 while the value of the dollar is declining every day. On the other hand, in to devalue the US dollar, approximately 56% of the trades conducted between China and Russia are without the use of US dollar currency, which is also declining the value of the US dollar. Even though both countries were facing the Covid-19 crisis, but it seems the crisis has only favored China which was able to turn the adversity in an opportunity. As a result, currently, China is supplying sophisticated machinery to the world which was otherwise largely manufactured and exported by Germany.

Experts from the US economy suggest that the unnecessary moves taken by the Trump administration to target WeChat and TikTok are nothing but a distraction that will neither serve any purpose nor derail China from riding the progress train.

According to Bloomberg, this ongoing trade war between the two is only helping China to dominate the 21st-century economy.