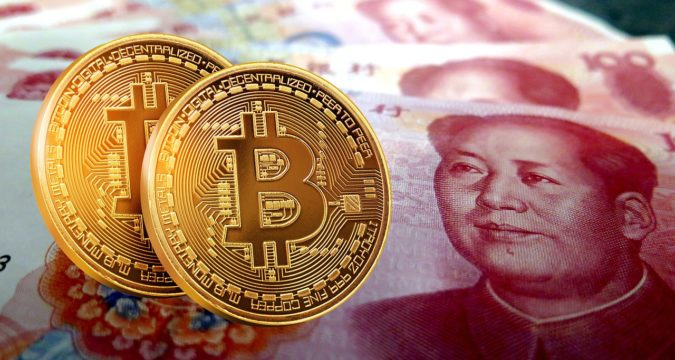 Earlier this week, Bitcoin reached three-year highs, which has prompted media channels to cover the asset and its surge in price. Even though the Chinese government seems to have an aversion to anything related to cryptocurrencies, it appears that state media is also keeping a close eye on the pioneer cryptocurrency. Earlier this week, it was confirmed in a tweet by crypto analyst cnLedger that China’s largest state-run media house, CCTV had done a piece on Bitcoin. The analyst explained that the news source had covered the crypto’s rise to $17,500, which was a 70% increase in its value in 50 days.

According to the tweet, CCTV shed some light on the increase in institutional investment in Bitcoin and the fact that his bull-run is quite different from the previous one. Since last year, Chinese media houses seem to be covering cryptocurrencies rather extensively. This is despite the fact that the government has taken a stance against the operations of digital assets in the country. Near the end of 2019, the Chinese government had gone on a tear and forced hundreds of crypto companies out of the country. At that time, a number of finance and tech hubs had come under Beijing’s hammer.

Trading firms, crypto exchanges, and other firms had to eventually move out of the country or shut down their operations. Still, there are some peer-to-peer exchanges that have provided those citizens with access, who are interested in investing in the asset. However, it is highly unlikely that the coverage done by state-run media is an indication of the government changing its stance about cryptocurrencies. Even though the People’s Bank of China is moving towards a digital yuan, the government still wants to eradicate cryptocurrencies as much as possible. The country’s state media houses are certainly putting a positive spin on the latest performance of Bitcoin, but their counterparts in the US are unconvinced.

An article was published in the Financial Times, which stated that the claim of Bitcoin being a safe-haven asset was a false one. The editorial was titled ‘The elusive promise of Bitcoin’ and it was focused on the volatility of the leading cryptocurrency. It claimed that the safe-haven asset status given to Bitcoin was only theoretical. It went on to say that the asset didn’t have any fundamentals that could be used for judging its value and its price was only the representation of what people were willing to pay to purchase it.

Nonetheless, it should be noted that the entire piece wasn’t negative. It highlighted that Bitcoin had been adopted into the mainstream this year, with companies like the Chicago Mercantile Exchange and PayPal, offering crypto to Americans. It also highlighted that Bitcoin could continue its rally, especially as the dollar had ended up on shaky ground. A similar route was taken by Fox Business, as they published an article ‘Bitcoin no match for gold in coronavirus world’. It had some concerns over the recent rally of Bitcoin and warned users against investing in cryptocurrencies due to their volatility.