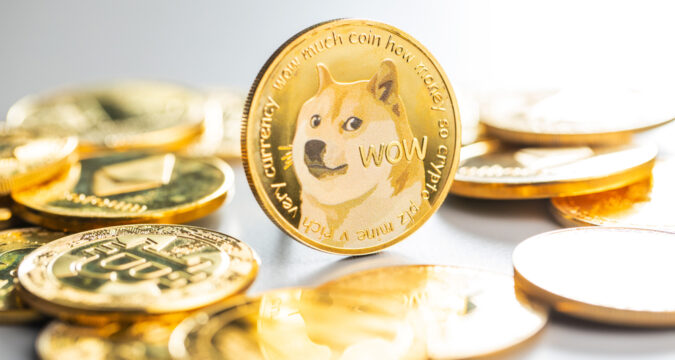 Dogecoin (DOGE/USD) has faced price pressure recently. The meme crypto traded on a bearish bias from mid-August to early September. Its trend-line formed a descending triangle as $0.267 acted as support.

However, Dogecoin conquered the descending trend-line for another bullish run from 1 September to 6 September. Keep in mind that analysts had predicted a bullish movement if DOGE could overcome the descending line.

For now, DOGE/USD maintains its trading activities beneath the $0.267 support. While writing this content, the canine-themed token trades at $0.256.

Dogecoin was among the digital token that saw massive plunges on 7 September. That was after the flash crash that dominated the overall cryptocurrency industry.

The leading meme token plunged to $0.21 from $0.32, violating its support area that acts as a resistance for now. The obstacle prevents DOGE from surging higher, as depicted by the four-hour chart.

According to the four-hour chart, DOGE-USD remains trapped as the token consolidates beneath the resistance at $0.267. Meanwhile, most assets across the crypto space appear to recover, though slow.

However, some of the cryptocurrencies appear to consolidate following the flash crash early this week. Cryptocurrencies like Stellar Lumens and Theta appear on a recovery moos after bouncing from their respective support levels.

Unlike other tokens that print bullishness, DOGE/USD trades under its previous support after flipping it into a resistance level. That has the meme coin facing multiple obstacles on its way up. Bears keep the crypto beneath the resistance at $0.267, with possibilities to take it lower.

As the crypto market sees price recoveries after the recent sudden crush, most analysts remain bullish on DOGE as far as the long-term is concerned. However, the token needs to bounce off from its drastic plunge to support the surging narrative.

However, DOGE might sustain short-term bearishness from its current price level as it continues to encounter the barrier at $0.267. However, that may not mean an opportunity for short trades unless DOGE forms a bearish signal around its consolidation zone.

The best time to buy trade DOGE is after it succeeds to break past the resistance at $0.267. Moreover, the meme token has to confirm its moves via trading signals. The correct upside catalysts might push the DOGE to $0.348.