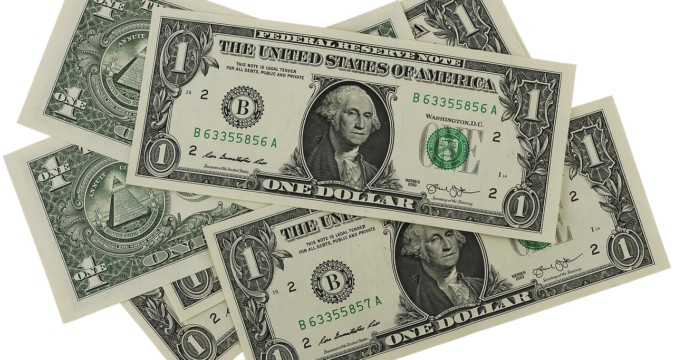 On Friday, the U.S. dollar rose against a basket of other currencies and this boost came due to encouraging and positive U.S. manufacturing data. However, despite the climb, the greenback was still on track for making a weekly loss, as the concerns of traders about the minutes of the Federal Reserve meeting on Wednesday regarding tapering moderated. Most of the advance the dollar made was given back after the minutes of the April monetary policy meeting of the Fed revealed that there could be future discussions about cutting down on stimulus. This also raised hopes that an increase in the US interest rates may come earlier than predicted previously.

Currency experts and strategists said that it appeared tapering concerns had faded off rather quickly amongst the traders. The US currency got some support after data indicated that activity in US factories had gathered speed at the beginning of May, primarily due to strong domestic demand. There was a 0.222% increase in the dollar index, which measures the greenback against a combination of six currencies, as it reached 89.993. Earlier in the session, this index had reached a four-month low and was on course to make a loss of 0.4% in the week.

There are some strategists who are highly doubtful about the Fed rushing to move away from its accommodative stance. They went on to say that it is highly likely that the US dollar would continue to remain soft, whereas US yields will also remain contained. Still, other analysts were of the opinion that the bull case for the greenback would be bolstered because of constant improvement in US data, especially in comparison to Europe. The market analysts said that the latest flash PMIs reiterated the view that as compared to the euro-zone, the US economy would continue to grow at a much faster pace, at least in the next couple of years.

If this turns out to be the case, then long-dated yields would increase more quickly in the US, rather than the eurozone and the euro is expected to fall against the greenback. Surveys of French business activity and German services activity turned out to be better than expected in the month of May due to the loosening of restrictions that were placed because of COVID-19. However, these did not seem to have any effect on the euro on Friday. As far as the British Pound is concerned, it declined by 0.2% on Friday.

But, it remained on track for gaining against the dollar for the third consecutive week. This was mostly because of a series of data releases, which reinforced market expectations of a strong economic recovery being made in the United Kingdom. Meanwhile, Bitcoin had already gone down on Friday after China decided to crack down on the trading and mining of the largest and most popular cryptocurrency in the world. It first declined on Friday by 11.5% to reach $35,952.05 before it went back up and then came down to $34,156 on 1000 GMT on Sunday.