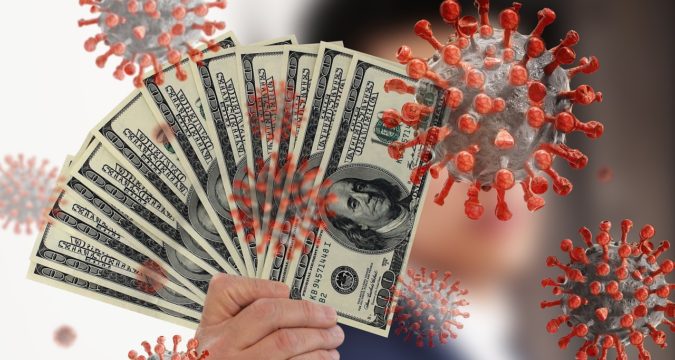 On Tuesday, there was a decline in emerging market stocks as worries about the economic impact of the coronavirus pandemic resurfaced, with lockdowns being imposed once again in some parts of the world. However, losses were a bit limited due to optimism surrounding the possibility of another vaccine. There was a 0.2% decline in the MSCI’s equity index for the emerging markets, as it was ready to break a three-day winning streak. Meanwhile, there was a 1% decline in the BIST 100 share index in Turkey. There was also a 0.5% drop in the Turkish Lira, after it rallied by nearly 11% the previous week, due to possibility of more unorthodox economic policies, after some major changes in the leadership of the country.

Later in the week, all eyes will be on the first policy meeting of the central bank under Naci Agbal, the new governor. Market participants expect a sharp increase in the policy rate by the central bank to 15% from the current 10.25%. Market analysts said that there had been strong hints by policymakers that they will shift back to orthodox economic policymaking, but nothing is certain for now. There is a possibility that investors may re-assess the outcome of the meeting and the central bank may end up disappointing all the expectations.

However, other regional currencies did receive some support from a weaker U.S. dollar, after Modern became the second U.S. drug maker in a week to announce the effectiveness of their experimental coronavirus vaccine. This announcement by the pharmaceutical company contributed to a rally in the global financial markets, but the developing world has seen subdued optimism because of a continuous surge in the COVID-19 cases and doubts related to the timeline of the vaccine distribution. After a record surge in hospitalizations due to the coronavirus, tighter limits were imposed by some states in the US on social interactions.

Meanwhile, Russia also reported a record daily increase in deaths caused by the novel coronavirus. There was a 0.2% dip in South Africa’s rand, just before its own central bank’s meeting scheduled for later in the week. According to analysts, they are expecting the South African Reserve Bank to introduce no change in the interest rates, as a conservative monetary policy stance is needed for dealing with domestic fiscal risks. By 0908 GMT, there was a 0.2% surge in a basket of major currencies.

However, the central European currencies remained broadly week, as opposed to the euro. There was a 0.4% easing in the Hungarian forint, just ahead of its central bank meeting that was scheduled for later in the day. They are also expected to leave the interest rates as is and not introduce a major change. Even though the announcement of the vaccine has certainly given some hopes, markets remain wary as the timeline of the vaccine remains unconfirmed and the second wave of the coronavirus is wreaking havoc in different parts of the world, with cases surging on a daily basis.