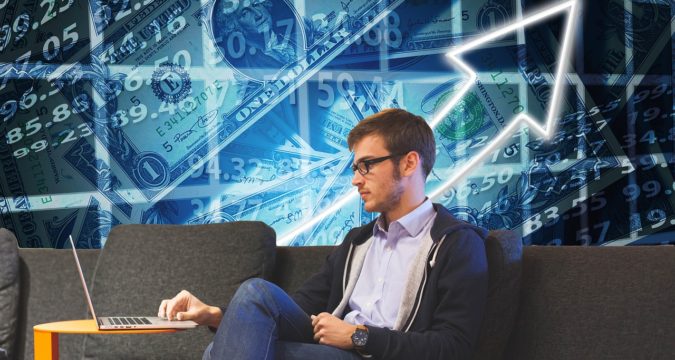 On Monday, the Sterling declined in early London trading, as Brexit talks began once again in Brussels, while it was the second week straight that the bearish bets for the pound also increased. With the Chinese factory output turning out to be stronger-than-expected, European shares reached a nine-month high, as hopes of a vaccine for COVID-19 also helped boost the risk appetite of investors. After it opened higher initially, the pound slipped as investors’ focus shifted towards Brexit negotiations, which haven’t been able to make any progress on two important issues; fishing and competition rules.

In January, Britain left the European Union and both sides are trying to strike a deal that would bring in almost 1 trillion dollars in annual trade before the transition period for Britain ends on December 31st. According to some analysts, the departure of Brexit campaigner and top advisor of Prime Minister Boris Johnson, Dominic Cummings, is actually a positive development as this could lead to Britain being more willing for a compromise. Market analysts said that even though there were certainly brighter prospects of reaching a deal, the core problems remained mostly unresolved and time for finalizing the terms is running out.

They said that even though officials suggest that they may need one week more, there is no denying that the technical time is dangerously shrinking for the UK and the EU. Due to this, it is possible that both sides may end up rushing into a deal in the next week. The sterling was flat against the US dollar at 0914 GMT at $1.3198, even though it had risen in early London trading to $1.3242. As compared to the euro, it had declined by 0.2% to reach 89.825 pence per euro. Matt Hancock, the British health secretary said on Monday that the red lines for negotiation for the United Kingdom hadn’t changed.

The foreign minister from Ireland said that a breakthrough should be made in the next week or at least ten days, or it would mean trouble. According to a survey, almost half of British manufacturers, both small and medium-sized have absolutely no idea how this transition period will have an impact on their business. In the week leading to November 10th, speculators placed more bearish bets where the pound is concerned, according to the CFTC positioning data for the week. The short position for the net sterling increased for the second week straight.

In the meanwhile, Prime Minister Boris Johnson has come into contact with someone who tested positive for COVID-19 due to which he is going into isolation. In a video tweet, he said that he was in fairly good health. It remains to be seen how markets will fare next week, if a Brexit deal is signed. As opposed to the impasse the two regions had reached before, there appears to be some progress, but not enough for the terms to be finalized. This is taking a toll on the sterling, along with increasing cases of the coronavirus in Britain.