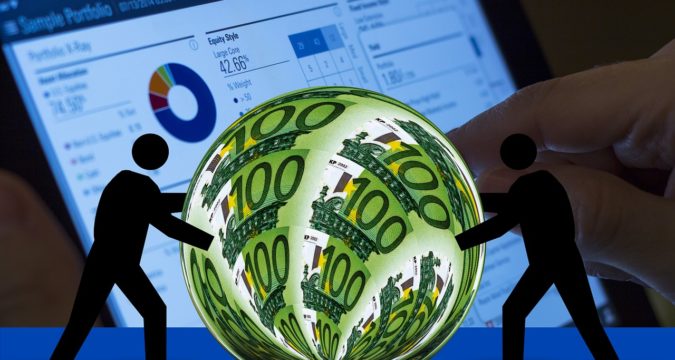 On Tuesday, European shares almost reached eight-month highs due to optimism about a breakthrough in the development of a vaccine for the coronavirus. However, the gains were capped due to the increasing concerns about the impact of the economic damage wreaked by the pandemic. In the previous session, the pan-European STOXX 600 index had rallied by 4% with the announcement by U.S. drugmaker Pfizer Inc. about the said vaccine. The company announced that the vaccine that it was developing with German firm BioNTech had shown an effectiveness rate of 90% in preventing the infection. However, the index eventually became flat.

Market analysts said that the outcome of the Pfizer study was undoubtedly good news, but this was not enough to wipe out the damage that has already been inflicted on the economy and it will take some time before things are able to go back to normal. This month, there has already been a surge of 11% seen in European shares, as investors were also encouraged by the possibility of better global trade under the presidency of Joe Biden. However, a nascent economic recovery in the markets has been threatened by new and stricter lockdown measures for curbing the spread of the coronavirus at home.

On Tuesday, data showed that a record number of employees had been made redundant by British employers in the third quarter and there was a jump in the jobless rate. By 0835 GMT, there was a 0.6% jump in the export-laden London’s FTSE. A day after it had posted its best one since March, Italy’s bourse saw an increase of 0.1%. Business restrictions are being ramped up in Tuscany and four other regions for reigning in the second wave of the coronavirus cases. Leisure, banking, energy and travel stocks were the ones that gained the most in morning trading after they had clocked gains on Monday b 7%.

Analysts said that even if the vaccine does turn out to be effective, it would take time to inoculate a large part of the population and the segments would be prone to the fallout from the economic lockdown. The attention of investors has also been focused on Brexit trade talks with the transition period given to Britain set to expire by December 31st, 2020. On Monday, Boris Johnson, the UK Prime Minister suffered a heavy defeat in the upper chamber of the parliament over proposed laws that would enable him to breach the Brexit treaty.

Later in the day, focus will shift on a reading of the investor sentiment in Germany for the month of November. Economists believe that sentiment would have declined, considering that there was a bigger-than-expected slump last year. Adidas, the German sportswear firm declined by 2.5%, even as it said that it was expecting sales to see some growth in China in the fourth quarter. In other company news, there was a 28.4% surge in shopping mall owner Unibail-Rodamco-Westfield, after its shareholders didn’t vote in favor of a planned rights issue worth 3.5 billion euros.