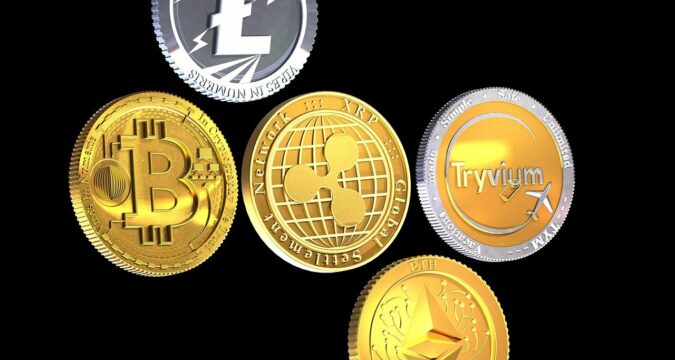 Not only has Bitcoin been a trendsetter, which has ushered in a wave of cryptocurrencies that are built on a decentralized network, but has also become the de facto standard for digital currencies, thereby inspiring an ever-increasing number of spinoffs and followers.

The beauty of cryptocurrencies is that they have been designed to be free from government control and manipulation and even though they have become popular, this foundational aspect has been criticized significantly. The other cryptocurrencies that have been modeled after Bitcoin are referred to as altcoins and even ‘shitcoins’ in some cases. While a lot of them boast some impressive features that Bitcoin doesn’t have, there aren’t many that have been able to match the level of security of the Bitcoin network. The field of cryptocurrencies is constantly growing and expanding and even though Bitcoin remains a pioneer, there are numerous others that are also enjoying popularity amongst investors and backers.

If you have been thinking about investing in the cryptocurrency market and want to expand your horizons beyond Bitcoin, here are some of the most important options that you can explore:

Ethereum is the first Bitcoin alternative that you will come across and it is a decentralized software platform that enables decentralized apps (DApps) and smart contracts to be built and operated without any fraud, downtime, interference or control from a third-party. The purpose behind Ethereum is to create a decentralized suite of financial products, which is freely accessible to anyone in the world, regardless of their faith, ethnicity, or nationality.

It also has a cryptographic token called Ether, which was launched in 2015, and is the second-largest crypto after Bitcoin by market cap. As of January 2021, Ether’s market capitalization was 19% of that of Bitcoin. Ethereum is also planning to make changes to its consensus algorithm, opting for proof-of-stake rather than proof-of-work. This will help Ethereum in improving transaction speed while consuming far less energy.

Launched in 2011, Litecoin was amongst the first cryptocurrencies that followed in Bitcoin’s footsteps and has been referred to as the silver to Bitcoin’s gold. A former Google engineer and MIT graduate, Charlie Lee created Litecoin and it is based on an open-source global payment network, which doesn’t fall under the control of any central authority. Even though it is like Bitcoin in a number of ways, Litecoin has a faster block generation rate due to which it can confirm transactions a lot more quickly. Apart from developers, there is an increasing number of merchants who have also begun to accept Litecoin. It became the sixth-largest crypto in the world in January 2021.

Cryptography experts, mathematicians, and engineers used a research-based approach for creating this ‘Ouroboros proof-of-stake cryptocurrency. One of the five founding members of Ethereum, Charles Hoskinson was one of the brains behind Cardano (ADA). He had had some disagreements about Ethereum’s direction and had consequently left for creating Cardano. The team behind the crypto created its blockchain via peer-reviewed research and extensive experimentation. The researchers behind Cardano wrote more than 90 papers on blockchain technology across a variety of topics. This research formed the backbone of this cryptocurrency.

This rigorous process has allowed Cardano to stand out amongst other large cryptocurrencies. It is often known as the ‘Ethereum killer’ because its blockchain is considered more powerful. However, Cardano is still in its early stages and even though it has beaten Ethereum to the proof-of-stake model, it still has a long way to go when it comes to developing decentralized financial applications.

A unique proof-of-stake crypto, Polkadot is aimed at providing interoperability between different blockchains. Its protocol is designed for connecting permission-less and permissioned blockchains, along with oracles so systems are able to work together under a single roof. The core component in Polkadot is its relay chain that ensures the interoperability of different networks. The system is different from Ethereum because not only can developers create decentralized applications, but can also make their own blockchains. However, they would be required to create their own security measures. Gavin Wood created Polkadot, who is another one of the core founders of Ethereum.

This particular crypto holds a very important place in the history of altcoins because it is one of the most successful and earliest hard forks of Bitcoin. In the crypto world, a fork occurs as a result of arguments and debates between miners and developers. If different factions cannot come to an agreement about the wholesale changes to be made to the code, the digital currency is split and this is what happened in August of 2017 when BCH or Bitcoin Cash was created. The debate that resulted in its creation had to do with scalability.

The size of blocks on the Bitcoin network is limited to one megabyte (MB), whereas it was increased to eight MB in BCH, with the idea that larger blocks can hold more transactions, which would boost the transaction speed. Some other changes were also introduced, such as the removal of the Segregated Witness protocol that can have an impact on block space.

An open blockchain network, Stellar was designed to provide enterprise solutions and enabled large transactions by connecting financial institutions. Huge transactions between investment firms and banks that would typically take a few days, cost a solid amount of money and require a number of intermediaries can now be done almost instantaneously. They don’t require any intermediaries and cost very little for those who are making the transaction.

While Stellar has marketed itself as an enterprise blockchain meant for institutional transactions, it is still open and can be used by anyone. The system can be used for making cross-border transactions. Its native currency is called Lumens (XLM) and users have to hold Lumens to be able to make transactions on the network. Jed McCaleb, a developer and founding member of Ripple Labs, founded Stellar after he left his position with Ripple.

Along with these, you can also check out Chainlink, Monero, Tether, and Binance Coin, as alternatives to Bitcoin.