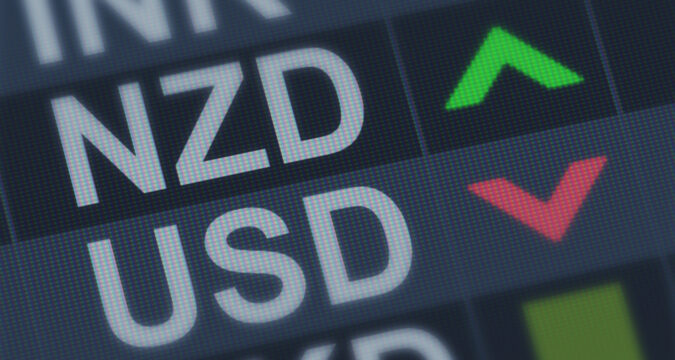 The NZD/USD pair has continued moving in the downward direction even on the second consecutive day. The report suggests that its price was trading at a low of 0.6350.

The pair are constantly moving in the lower direction and its downward movement has extended even for the second consecutive day. At present, the trading value of the pair has moved close to 0.6350.

The particular mark is the 100-day moving average for the pair and it was observed on Tuesday in the Asian session.

Just recently, the Kiwi pair had made it all the way up to the resistance line before recording a U-turn. The pair faced the same trend as it did back in late April.

Back in late April, the trading value of the pair had lowered all the way up to 0.6455. Following its movement in the lower direction, the pair was able to move upward.

Although the pair moved upwards, its RSI moved in the descending channel. It reflected a score of 14, which meant that the bullish trend had ended for NZD.

Even the moving average convergence divergence (MACD) suggests that the pair is to move in the south direction.

Bullish Movement of the Pair

It is to be kept in mind that the investors may not let the bears do as they please and let them pull the pair’s value lower.

For now, the pair is trading near the 0.6320 mark and it may end up trading lower. However, the increased selling pressure of the bears may pull the NZD/USD pair below the 100-DMA support (0.6320).

Back in July, an upward sloping line was formed at 0.6260. This is the point where the sellers may have to face a tough challenge from the buyers’ end.

They may attempt to sell the pair on a larger scale to pull its value much lower. If the bears are able to pull the pair below the 0.6260 level, their next attempt would be to bring it below the 50-DMA level.

This would be a level where the bears will be facing a tremendous challenge from the buyers. They may continue buying the pair on a larger scale to push its trading value higher.

On the contrary, the trading price of the pair may move higher if positive data come in its favor. If positive factors kick in, then NZD/USD’s price may surge to 0.6455 and then to 0.6570.