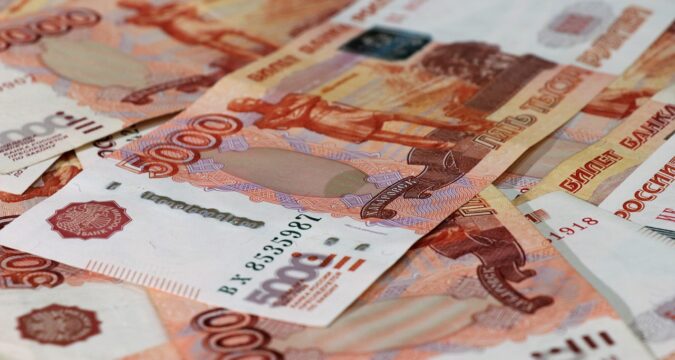 On Friday, the Bank of Russia announced that it was trimming its key lending rate to 7.5%, which would make it a reduction of 50 basis points.

The Russian central bank further suggested that it may be close to ending its rate-cutting cycle, as there was a rise in inflation expectations, but it did not give any guidance about the need for future rate cuts.

This had been the reason behind the cut and also because cheaper lending is required by the economy in order to avoid a slump.

This was the fifth meeting of the board that was scheduled and the overall sixth meeting in which the interest rate had been reduced this year.

Immediately after Moscow had sent its armed forces into Ukraine, the Central Bank of Russia (CBR) increased its interest rate from 9.5% to 20% for mitigating the risks to the country’s financial stability.

Speaking at a news conference, the governor of the Russian central bank, Elvira Nabiullina said that the easing cycle was coming to a close and the next step could now be an increase.

But, she added that another cut could not be ruled out. On Friday, she said that the bank had talked about cutting by 25 or 50 basis points and even holding it at 8%.

The rate reduction by 50 basis points was in line with what most economists had predicted. But, forward-looking rate guidance was omitted by the central bank from its statement.

The monetary authority stated that the inflation expectations of businesses and households were still high.

Market analysts said that since the press release had not given a direct signal, then it could be seen as an end of the rate-cutting cycle.

The central bank said that its next rate-setting decision would come after accounting for expected and actual inflation dynamics as well as the risks associated with external and domestic conditions, plus the reaction of the financial markets.

As of September 9th, inflation in Russia was around 14.1% and the central bank said that they were hoping it would come down to between 5% and 7% in 2023.

The Russian central bank said that they may need a tighter monetary policy to bring inflation down to their target of 4% in 2024 if there is an expansion in the country’s budget deficit.

Market analysts said that there was a possibility that the central bank could start hiking rates in the first half of 2023.

Since living standards suffer due to high inflation, it has been one of the main concerns of Russia for years.

But, currently, the Russian economy requires stimulation for balancing out the negative impacts of the sanctions imposed against the country due to the Ukraine conflict.

Therefore, the central bank has decided to cut rates for offering cheaper credit to the people.