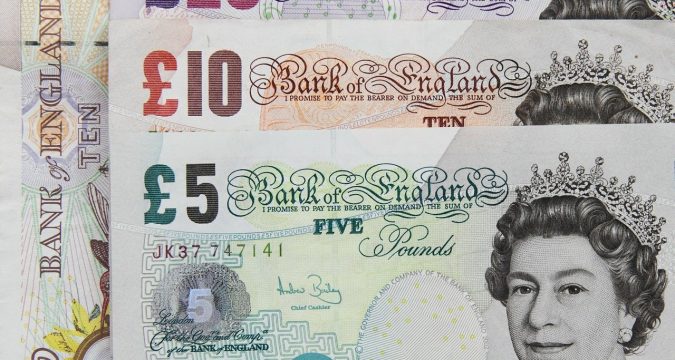 On Friday, the price of Sterling went up as German chancellor Angela Merkel said that there hadn’t been a breakthrough in the talks between Britain and the EU. However, she remained optimistic that it was still possible to reach a deal regarding the trade relationship that would be followed post-Brexit before the year was up. Both, the European Union and the British Prime Minster Boris Johnson, have set a deadline of mid-October for finalizing a trade agreement. However, Michel Barnier, the chief Brexit negotiator for the European Union, suggested that talks are more likely to continue till the month’s end.

A more important meeting is scheduled for Saturday, when European Commission President Ursula von der Leyen will meet with British Prime Minister Boris Johnson for discussing the next steps to be taken. According to forex analysts and strategists, this meeting is exactly what sterling longs have been waiting for. Nonetheless, the pound is not likely to strengthen by that much until it becomes apparent that what direction the discussions are headed. They said that every headline pushes people to put on trades and as soon as a denial comes in, it turns the other way. Thursday appeared to be a very tumultuous day for the British pound because it continued to rise and fall due to Brexit related news.

This is because the European Union and Britain are nearing the end of the last round of trade talks that were scheduled before progress is assessed by the bloc leaders on October 15th and 16th. Therefore, analysts have been advising that traders shouldn’t trade the pound unless they absolutely have to. Last, the pound was trading 0.5% higher, as compared to the Euro at a price of 0.63 pence and it was higher against the U.S. dollar by 0.4%, as it reached $1.2936.

However, the overnight volatility gauges of the sterling receded. There was also a decline in the cost for options on a contract for three months for protecting against volatility and they reached a one-month low. Britain is also struggling with an economic recession that was reduced by the coronavirus, which has added another headache to the country’s woes, along with Brexit. Johnson was warned on Friday by the events industry that an excess of 90,000 people would be rendered redundant in the exhibition business in the upcoming weeks unless he provided more support for replacing a job-furlough scheme by the government.

In addition, the British Chambers of Commerce (BCC) said that there was a decline in sales reported by more British companies in the past three months instead of an upswing, even though lockdown restrictions had been lifted for most sections of the economy. However, on Thursday, Britain reported a total of 6,914 new cases of the coronavirus, which was a decline from the last two days, when more than 7,000 cases had been reported. It remains to be seen how the sterling will fare in the near future as uncertainties about Brexit negotiations continue between the UK and the EU.