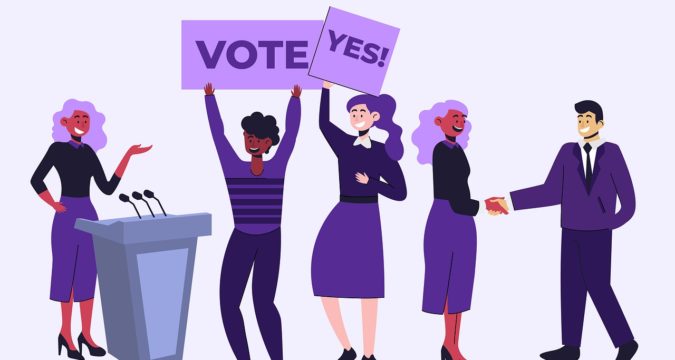 On Wednesday, U.S. stock index futures made gains in volatile trading, as investors were faced with the prospect of a potentially contested and drawn-out U.S. election result after Republican President Donald Trump managed to take the lead in some battleground states. After election results were called in a majority of states, both Biden and Trump claimed that they were on the path to victory. In fact, Trump went even further and claimed that the U.S. elections were being ‘stolen’ from him. The S&P e-mini futures tumbled by almost 1.15% due to the tight election race and the prospect of a lengthy legal battle for determining the winner.

However, they made a recovery by 0938 GMT and were up by 1.3% once again. Market analysts said that the indecisiveness in futures didn’t really come off as a surprise because the election outcome remains unclear for now. Trump marked a victory in battleground states of Texas, Ohio, and Florida, which dashed Biden’s hopes for an early and decisive victory in the elections. Nonetheless, the Democratic candidate said that he was fully confident and was on track to win the White House by taking the three key states in the Rust Belt region that had helped Trump in the last election.

For months, investors have claimed that they favored a fast and decisive resolution to the election. A quick settlement of the election would certainly clear the way for a deal on an expected U.S. fiscal stimulus package for helping the struggling economy. Traders and analysts have said that markets wouldn’t have a problem with a clear victory for Donald Trump. There was a nearly 3% surge in shares of technology mega-caps, such as Amazon.com Inc., Apple Inc., and Nvidia Corp in premarket trading, as some investors believe that there will be lesser scrutiny for Big Tech under a Trump presidency than a Biden one.

Regardless, the prospect of a lengthy legal battle and prolonged political uncertainty pushed investors towards the U.S. Treasuries. This sparked the biggest decline in a single day in both 10 and 30-year bond yields after June. There was a decline in shares of U.S. banks between 0.6% and 1.4%. There was also a slump in some renewable energy, infrastructure, and marijuana stocks, between 1.4% and 10.6%, which analysts said would benefit from a Biden presidency. Dow e-minis rose by 0.47% to reach 130 points while Nasdaq e-minis climbed by 3.14% to reach 353.75 points.

Early results also indicated that Democrats were less likely to take the Senate, which had been previously expected, in a blue wave. This could result in a modest fiscal stimulus package, as the Republicans have been in favor of it. In the election in 2016, stock index futures had plunged when an upset victory was pulled by Trump against Democrat candidate Hillary Clinton. However, the next day had marked the beginning of what became known as the ‘Trump rally’ that saw a 5% jump in the S&P 500, due to promises of financial deregulation and huge tax cuts.