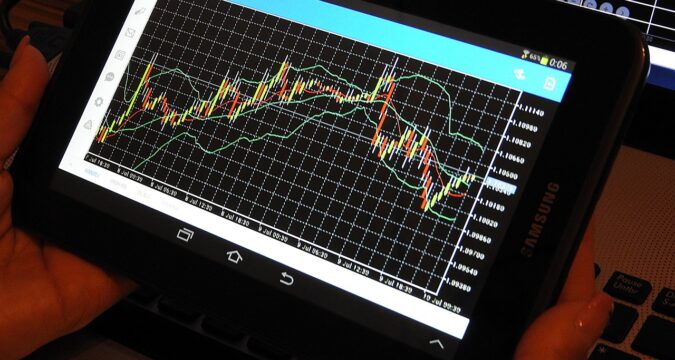 On Wednesday, Wall Street ended on a high note after its recent sell-off, as Treasury yields declined, but there was a fall in Apple Inc. over concerns about iPhone demand.

After the S&P 500 closed on Tuesday at its lowest value seen since late 2020, the benchmark index saw gains for the first session after seven consecutive losses.

Mega-caps that are interest rate sensitive, such as Meta Platforms, Amazon and Microsoft all rallied because there was the decline in 10-year government bond yields by 0.26 percentage points.

This makes it the biggest drop in yields in a single day since 2009. The Bank of England (BoE) announced that it would purchase long-dated British government bonds.

The goal was to restore the markets’ financial stability after they had been rocked due to the announcement of the fiscal policy of the new British government.

This pushed the yields down on government bonds with maturities of six months, or longer. Market analysts said that the last few weeks had seen a persistent rise in the 2-year government bond yields.

Now, it was the first time that they had gone down for two consecutive days and this had given some breathing room to equities.

Meanwhile, investors were also keeping a close eye on the comments of the officials of the Federal Reserve regarding the monetary policy path.

On Wednesday, Raphael Bostic, the President of the Atlanta Fed, also backed another rate increase of 75 basis points in the bank’s meeting in November.

Charles Evans, the President of the Chicago Fed, said that it was likely for the US central bank to push up the borrowing costs to where they need to be early in the next year.

2022 has seen US stocks take a beating because of concerns that an aggressive policy tightening stance of the Fed to increase interest rates could drive the economy into a recession.

There was a 1.3% drop in Apple Inc. after a Bloomberg report said that the iPhone maker did not intend to increase production of its devices this year because there was not a rise in demand, as expected.

In the sell-off in the stock market this year, Apple has proven to be an outperformer as opposed to the rest, as it has only lost 15%, while the S&P 500 itself has shed 22%.

There was a rise in all 11 sectors of the S&P 500 index for the day, with energy recording a gain of 4.4% and communication services leaping by 3.2%.

There was a 40% rise in Biogen Inc. after it announced that its experiment drug for Alzheimer’s had been successful in slowing down the progress of the disease.