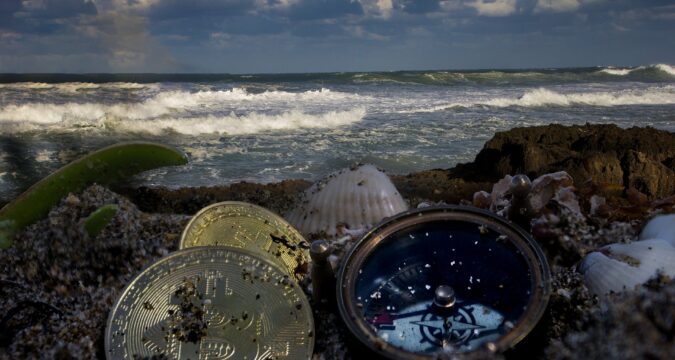 The fourth wealthiest man on the planet, Warren Buffet, is not a big fan of cryptocurrencies. At various occasions and interviews, Buffet has been found telling media about his cynical remarks on digital asset technology. However, the tides of indifference might be overturning now. It is has been reported that Warren buffet’s Legacy investment firm Berkshire Hathaway might be dipping its toes into the crypto ocean.

The investment giant has recently invested about $500 million into a crypto enterprise called Nubank. Nubank is based in Brazil and offers digital banking services to consumers in the region. The enterprise has also been featured in the CNBC top 50 Disruptors list in 2021. The companies that are added to the list are said to have rapidly growing operations and chances of filing for a public listing sooner than later. Recently, the likes of Ripple Labs have been added to the list as well.

An important factor to note about Nubank is that the enterprise has recently taken over Easynvest. Easynvest is a brokerage company based in Brazil and offers digital brokering services. The new venture aims to offer the consumers Bitcoin ETF exposure. The negotiation for the new crypto venture has been going on since 2020, and it is expected that this project would see the light of the day towards the end of the ongoing year.

The news is both shocking and amusing for crypto community members. Warren Buffet, who is a known and vocal crypto cynic, called Bitcoin rat poison in a media interview a few years ago. His first alleged encounter with cryptocurrencies comes after the interaction with the Bit torrent CEO Justin Sun last year. After arranging for a charity lunch worth $4.5 million, Sun presented the Oracle of Omaha with a digital wallet that contains Bitcoin and TRX.

Last year, Justin Sun, who is now the founder of a crypto enterprise TRON, met with Warren Buffet for a charity lunch. During the meeting, he introduced his new company, digital token TRX, and also shared some altcoins with the veteran investor. Later on, Sun tweeted that the centibillionaire still retains his crypto holdings and also shared the wallet address for verification.

A month after the infamous lunch Warren Buffet was invited to CNBC for an interview. He told the media that he has already forgotten about the Samsung phone that has the gift crypto wallets. Buffet even joked that he might start a new cryptocurrency named after him. This idea was taken up by Sun, and he tweeted that the Tron project could issue Warrencoin for his fans. However, the project has made no public appearances since then.