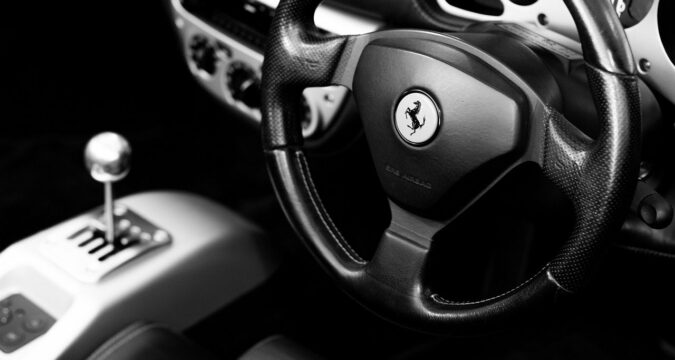 According to the latest reports, Ferrari has made a move that has shocked anyone who takes interest in the company’s affairs. Even many analysts and observers have expressed that they were surprised when they learned about it.

The reports suggest that Benedetto Vigna has been appointed by Ferrari as the new CEO of the company, who is a pioneer in electronics. The reports reveal that like other major high-end car manufacturing companies, Ferrari is planning to do the same.

Ferrari has revealed that it also intends to work on electric cars and it has already started making proper and well-calculated preparations for it. The first and foremost step for the company was to bring someone on board that had expertise in the electronics sector.

Therefore, they found no better option than Benedetto Vigna, who is an expert and a pioneer in his field of electronics. The company would be able to advance into the electric car manufacturing sector under his supervision and guidance.

Ferrari officials have confirmed that Benedetto Vigna will be joining the company at the beginning of the last month of the third quarter. At present, Vigna is working at STMicroelectronics, which is a semiconductor firm. There, Vigna currently works as the sensors group’s head.

Ferrari made the announcement of Vigna’s appointment on Wednesday, through a statement. The former chief executive officer of Ferrari was Louis Camilleri. Camilleri had to step down as the CEO of the company back in December of 2020.

The sources revealed that he had to do it due to personal reasons that involved his battle with COVID-19.

According to Ferrari officials, Vigna would prove to be one of the key figures and most critical personalities in the company’s expansion in the electric vehicles sector. Vigna has years of experience on his profile working for some of the leading companies around the world in the technology sector.

However, it has come as a huge surprise to all the concerned people that Ferrari has hired Vigna. The major concern is that Vigna has never worked with any luxury brand or an automotive company. According to such people, having less information about the automotive industry may be a drawback for Vigna.

Philippe Houchois, an analyst at Jefferies has stated that this was an unexpected move from Ferrari. This goes to show that the Italian luxury brand is now getting ready to set its foot in the electric cars manufacturing sector.

For that purpose, the company is now planning to reinvent itself as an electric luxury car manufacturing company. He added that given the brand and its history, many people would be afraid and frightened of taking on the task of doing leading the company.

Therefore, they have brought someone from the particular sector who is well aware of electronics and would have to get on the same page as Ferrari in terms of car manufacturing.