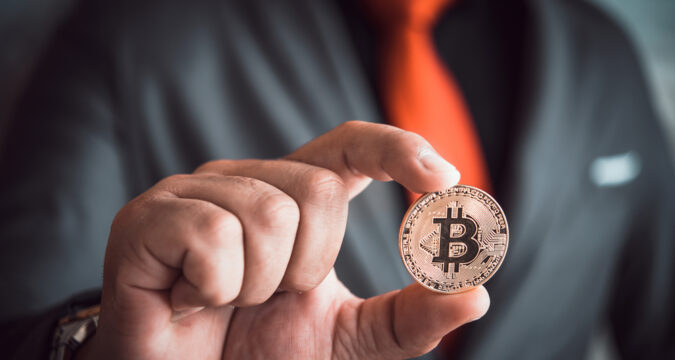 Since when the new variant of the Covid-19 virus called “Omicron” has been discovered, global stocks markets are failing to earn any gains.

Despite no gains for stock markets, the crypto market is still bullish and suggesting that investors should put more funds as an investment. However, the chances of Bitcoin’s volatility to come into effect cannot be overlooked as well.

Bitcoin surpassed its all-time high in November and the surge took its value to US$ 69,000. Bitcoin investors became greedy and the ATH value sank quickly than expected with an average increase of 22% and turned their greed into “fears”.

If the short-term performance of Bitcoin is examined, then there is a positive movement for 4 to 8 hours. In between this 4 to 8 hours timeframe, if there are lows then they are minimal.

Similarly, if there are highs, then the higher ones are not very exponential. In addition, the daily momentum for Bitcoin continues to move upward. Again, with regard to a short-term basis, this is yet another positive factor for Bitcoin.

It is now up to the Bitcoin bulls to maintain the lows at the level of US$ 53,300. Furthermore, the bulls are further required to achieve highs that should be higher than the slight high for ensuring that the foundation is laid.

In case the bulls fail to maintain lower lows and higher highs, then the price can sink down between US$ 50,000 to US$ 53,000 ranges. So far, Bitcoin is showing great resistance and holding uptight. Bitcoin’s current state is very much the same as it was in the past two months.

However, there is selling pressure too which could affect the Bitcoin price considerably. It is therefore crucial for Bitcoin to at least maintain its 150-day Exponential Movement Average (EMA) which is US$ 51,000 to 53,000. On the other hand, the overheated futures market is the one responsible for building selling pressure.

The other major concern for Bitcoin is that the long-term investors, as well as miners, are vigorously selling Bitcoins. These sales are taken place even when the prices are falling. This could have a negative impact on the bull market.

At crypto exchanges as well, their exchange reserves are gradually shrinking at alarmingly low levels. This usually happens when prices are falling frequently. This can easily be assessed as an indicator for initiating a bear market.

Normally when an investor deposits his or her Bitcoin funds into an exchange for selling purposes, then the exchange’s reserves start to increase. Throughout the year, the reserves for exchanges continued to decline which too is an indicator of massive “accumulation”.

During the month of November, the exchanges’ reserves declined to almost 62,500 Bitcoins. This decline is by far the highest decline seen in this year which can be estimated as 2 Million plus Bitcoins.

This literally means that 89% of Bitcoin supply is no longer available with crypto exchanges for the purposes of selling. The end bottom is that short-term risks are there so investors need to be cautious.