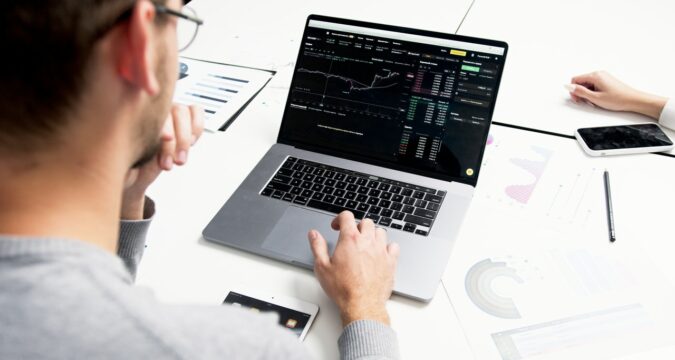 On Friday, investors were still digesting the US payrolls data, along with the impact it would have on the policy of the Federal Reserve in the final session of the first trading week of the year, which has already been a rollercoaster. This led to a mixed response in US Treasury yields and stocks. According to the data, there was an increase of 199,000 jobs in US employment in the previous month because of the pandemic resurgence. This was way below the forecast of economists of about 400,000 jobs, but the November data had been revised higher. There was a 3.9% drop in the unemployment rate, which underscored almost full-employment.

Market strategists said that the report had turned out to be a mess because of diverging surveys, seasonal adjustments and a volatile economic environment. They also added that the Fed would continue with their policy, but the data over the next several months could certainly have an impact on the rate decision. There was a 0.01% decline in the Dow Jones Industrial Average, which fell by 4.81 points to reach 36,231.66. The S&P 500 declined by 0.41%, or 19.03 points, to reach 4,677.02, while the Nasdaq Composite had declined by 0.96%, or 144.96 points, to reach 14,935.90.

The US interest rate outlook had investors concerned, which lead to an easing in growth and technology shares. The S&P 500 saw technology and consumer discretionary sectors going low, while financials were able to extend their gains. Stocks have already had a confusing week so far. There were new highs at the beginning of 2022, but there was a change in mood on Wednesday after the minutes of the December meeting of the Fed signaled that the central bank could raise interest rates sooner than expected. By Thursday evening, Wall Street had steadied considerably, but analysts said that the minutes were still reverberating throughout the markets.

As per the analysts, the minutes supported the dollar, hit growth stocks and had driven bond yields higher. The MSCI All Country stock index had declined almost 2% to reach 743.52 points after it had reached a record high on Tuesday. The STOXX index had been off 4% in Europe to reach 486.3 points, which brought it down from its record high on Tuesday by 1.6%. There was a rise in Treasury yields on Friday, but a decline in short-term government bonds after the nonfarm payrolls report. According to analysts, the data was good enough to ensure that the Fed would raise the interest rates in its meeting in March, or even sooner.

Investment strategists said that the new data would be eye-opening for the Federal Reserve because it would show that tight labor conditions were only going to worsen the current inflation problem. They went on to say that the Fed could actually speed up the process at the January meeting. There was also an increase in Euro zone inflation in the previous month, as it reached 5%, when it had been 4.9% in November. This is a record high, but the ECB did say that they would ease prices this year enough to prevent a hike in interest rates.