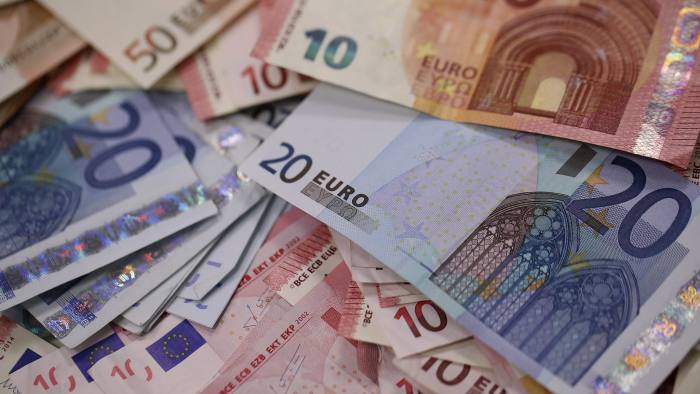 Broader moves in forex markets were contained, with investors fretting about the next developments in the continuing trade dispute between China and the United States.

Sterling was the big mover, rallying to a five-week high above $1.30 after the European Union chief negotiator signalled somewhat improved prospects of a Brexit deal.

The euro was buoyed by a fall in Italian government borrowing costs after Economy Minister Giovanni Tria on Monday predicted that yields would drop as the government lays out its eagerly awaited 2019 budget. The single currency initially rose 0.4 percent to $1.1644 , building on Monday’s advance before erasing those gains to trade down 0.1 percent at $1.1584. The dollar index rose 0.1 percent to 95.228.

“This seems to be some sort of broad risk-off mood. It’s nothing particular for the euro,” said Societe Generale analyst Alvin Tan.

He does not expect there to be much impact on the single currency from the European Central Bank’s policy meeting on Thursday.

“If the Italian [government bond yield] spreads narrow further that’s going to be the bigger driver of the euro,” Tan said.

Positioning data on Monday showed that speculators cut their net long dollar positions, suggesting investor nervousness about a further run-up in the greenback.

Analysts say there needs to be some clarity about the U.S.-China trade dispute before the world’s most traded currency pair can find fresh direction.

“Euro/dollar has come to a bit of a standstill,” said Neil Mellor, a strategist at BNY Mellon.

Markets remain nervous – Asian and European stocks fell on Tuesday – about any U.S. move to slap fresh duties on Chinese goods and after further falls in emerging markets.

Reports on Monday that Michel Barnier, the EU’s top negotiator, told a forum in Slovenia that it was “realistic” to expect a Brexit deal in six to eight weeks helped the pound to its highest level since Aug. 2. It built on those gains on Tuesday, rising to as high as $1.3087, before falling back.

Barnier’s comments were seized on by markets as a signal that Britain could avoid a disorderly no-deal Brexit.

News that Japanese chipmaker Renesas was buying U.S. counterpart Integrated Device Technology for about $6.7 billion in cash weighed on Japan’s currency, which was down 0.3 percent at 111.41 against the dollar. The Australian dollar fell below $0.71 to its lowest since February 2016 on concerns that potential damage to the Chinese economy from a trade war would also hit Australia’s vast export industries. The Australian currency later recovered slightly to trade down 0.2 percent at $0.7104 . “The Australian dollar is an acid test of global risk and it is faring badly,” BNY Mellon’s Mellor said.