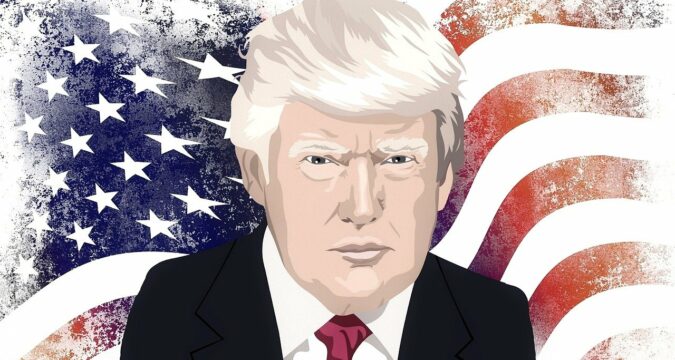 Even though the former President Trump during his presidency did not like cryptocurrencies but even after handing over the reign of power to President Joe Biden, he still couldn’t develop a taste for crypto.

He reiterates his long prevailing opinion regarding Bitcoin by suggested that crypto is a disaster which would inevitably going to happen sooner or later. He particularly criticized Bitcoin by maintaining his old stance that it is an instrument of “fraud”.

Popularity in any sort of form, whether good or bad, is popularity and loved by the person of fame. This easily reflects the sad departure of the recently ousted President of the United States, Donald Trump. When Trump was in power, he enjoyed popularity of both kind.

He was lauded by many in the good way and he was hated by most in the bad way. However, one thing was good about him that he never took any negativity to his personal level and accepted it as healthy criticism.

This shows how open minded he was by his acts and deeds. But when it comes to cryptocurrencies, he is frequently seen rendering such remarks which deny him being the “open minded” person.

When he was the President, he never liked cryptocurrencies and especially hated Bitcoin. His opinion regarding Bitcoin remained loud and clear throughout his time as “an instrument of fraud”.

Many tried to convince him but he managed to maintain his stance regarding Bitcoin. As for other cryptocurrencies, there was no difference also as he looked at all of them sailing in the same boat.

His crypto-criticizers thought that after his defeat at the hands of Joe Biden his opinion regarding crypto might be changed.

They argued that because he was the head of the state and therefore he was bound to neglect cryptocurrencies in the interest of USD currency. Unfortunately, there hasn’t even a slightest change in his opinion.

He was invited at Fox Business interview on 31st August, 2021. The interviewer specifically asked him whether he grew any fondness either towards Bitcoin or any other particular cryptocurrency.

He smiled in his most usual way, looked at the interviewer and straightforwardly said no, he doesn’t like any of them.

He reiterated that USD is the real currency and the whole world knows it and believes in it. While, on the other hand, crypto is nothing but a disaster which going to happen inevitably any time sooner or later.

Trump explained that according to him the very existence of cryptocurrencies are seriously jeopardizing global reserve currency.

He stated that it is ridiculous to see Americans putting moneys into something which they cannot take in hand or even see. Before moving on to other subject, Trump opined that people will learn after a while that he was right that Bitcoin is an instrument of fraud. He was even ready to put a bet on what he claimed.