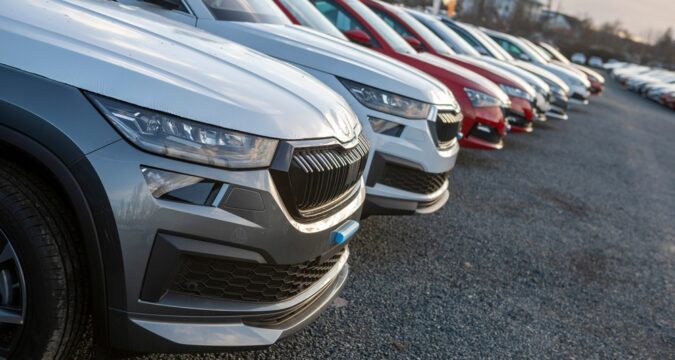 The share prices for Tesla have experienced a downtrend in the latest trading session. The electric vehicle manufacturing giant has recently made an announcement about cutting down the prices of its vehicles.

Right after making the announcement, the share prices for the EV maker experienced a downtrend. The company has announced that they are going to go ahead with deep price cuts in the particular round.

The company has confirmed that the prices of the vehicle will be cut not just for the US market but it will be done for the global markets.

The officials at Tesla have reportedly announced the slashing of the prices of electric vehicles. As per the reports, it will be the Model X and the Model 3 sedans whose prices are to be cut by Tesla.

The price cut is different for the customers based in the United States for the Model X, Model 3, and Model Y crossovers.

For US customers, the price cuts would be somewhere between 6% and 20%. The reduction has been implemented on the same scale as the $7,500 federal tax credit that has been issued by Biden’s administration.

According to the administration of President Joe Biden, a credit of $7,500 federal tax will be given on the purchases of electric vehicles.

The reduction has been introduced as part of the Inflation Reduction Act by Joe Biden.

The price cuts for the same electric vehicles have been introduced in the European region as well.

Price Reduction in the Asian Markets

Tesla announced a reduction for the US and the European markets a week after it did in the Asian markets.

It was last week when the officials at Tesla announced a reduction for the vehicles based in the Asian markets.

According to the reduction revealed by Tesla, the price of the Model 3 sedan was reduced in China by 13.5%. As for the Model Y cars, the prices were reduced by 10% for Chinese customers.

This is mainly because of the constant lockdowns in China that are keeping the production plants from producing and delivering the vehicles on time.

The company is highly concerned about the Chinese market as it has more EV competitors in China than in any other country.

Therefore, the vehicle price reduction for the Model 3 and Model Y vehicles in China is more than in any other country in the entire world.

In addition to China, Tesla has also announced price reductions for the electric vehicles market-based in Japan and South Korea. These countries are also growing into larger EV markets.

Japan and South Korea have started to grow bigger in terms of importing Tesla vehicles. Therefore, Tesla had to ensure it did not disappoint the customers from these countries.

Tesla is setting the Stage for its Earnings Posting

The analysts expect that the company’s revenue for the particular quarter would be worth around $25.1 billion.