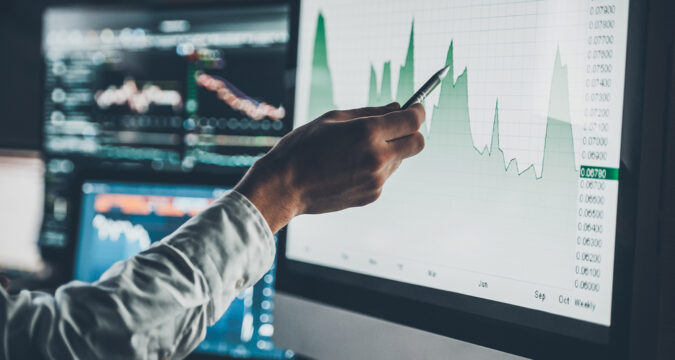 Cisco officials recently posted the earnings they recorded in the fiscal first quarter. The entire investment community taking interest in Cisco was glad to see the results shared by the officials on Wednesday.

The company was pleased to announce that they had successfully beat the estimations made by the analysts in the fiscal first quarter.

In addition to sharing its promising earnings, the company has also boosted the earnings expectations for the fiscal year 2023.

On Thursday, Cisco watched its share prices go up 5% after the company shared promising earnings. The firm reported that for the respective quarter, they had generated earnings of 86 cents per share.

The revenue that they achieved for the fiscal quarter was worth $13.6 billion.

Compared to the actual results, the expectations that the Refinitiv analysts had set for the earnings were 84 cents per share. The revenue estimations were $13.3 billion for the fiscal first quarter.

The company easily beat expectations and its shares recorded a strong movement in the upward direction.

The Cisco executives went on to share more results from the fiscal first quarter where they talked about the increase in revenue.

The officials confirmed that their year-over-year revenue has recorded a 6% increase. On the other hand, their net come has recorded a dip. Their net income was $2.7 billion, having experienced a 2% slide.

For fiscal 2023, Cisco has reported that they expect their earnings to grow at a significant rate. Previously, the officials had set the sales growth to 4% to 6%.

Having recorded strong earnings in the fiscal first quarter, they have increased the sales growth from 4.5% to 6.5% for fiscal 2023.

Scott Herren, the chief financial officer at Cisco praised the recent performance delivered by their company.

Herren stated that they are glad that finally their company has gotten back on track and is moving in the right direction.

They expect that fiscal 2023 would prove to be very exciting and promising for their company. Things will go as planned and they hope to generate more sales and revenue than they have set their eyes to.

For the strong earnings in the fiscal first quarter, they stated that they have recorded a great recovery in the supply chains.

For almost a couple of years, the supply chains were badly interrupted and this was causing a huge loss to their business. They failed to meet the demands and that was dragging down their sales and revenue.

As the supply chains are finally getting back to normal, they are recording a significant rise in their earnings. They are confident that the same would be happening with their earnings in fiscal 2023.