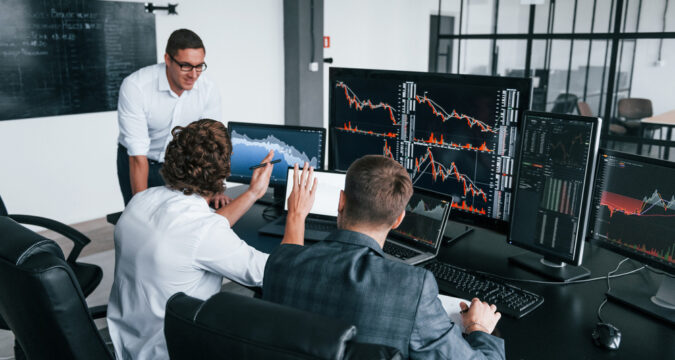 Roku is the next company in the list that has experienced a 3% rise in its share prices. Roku is a fast-growing streaming service that also had its stock market status upgraded by Guggenheim. The investment firm reportedly upgraded the market stock status for Roku from “neutral” to “buy”. According to the Wall Street Firm (Guggenheim), the company will be benefiting a lot from improvements in its advertising tools as well as international expansion. Based on these two major reasons, the company is going to experience a surge in its stock purchases.

The next company on the list is Biogen, a major biotech company that has reportedly experienced a rise in its share prices. The data shows that the company has experienced a 2% rise in its share prices, following the same reason as the previous two companies. The stock market status of the biotech company has reportedly been updated by Needham from “neutral” to “buy”. This has eventually helped the company gain status in the stock market and investors are rallying for its stock acquisition. The rise in the share prices for the company is due to Aduhelm, which is an Alzheimer’s drug by Biogen. The company has claimed that in the long run, it would prove to be one of the major blockbusters.

The next company on the list is Fisker that has also experienced a significant rise in its share prices. The data shows that the stock prices for the electric automaker have experienced a 6% rise in premarket trading. The company also experienced a rise in the stock price after the growing interest of the investment firm Tudor Pickering, in its stock market status. According to reports, Tudor Pickering has updated the stock market status of the company to “buy”. Furthermore, the investment firm has updated its share price expectations to $19 per share.

Tudor Pickering has revealed that the reason for changing its market status is based on the sales and production assumptions for the company. Furthermore, the company has been forming many significant deals and partnerships in order to meet all the milestones for the company’s expansion and growth.